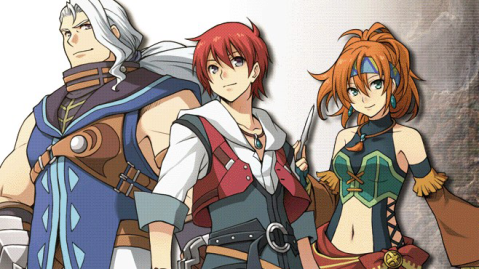 Ys: Memories of Celceta reminded me why I love RPGs, and how well suited they are to handheld consoles. It’s a genre that thrived on the PSP, but is still picking up pace on the Vita. Yet whilst Sony’s last handheld had four Ys games (maybe more depending how many games you consider Ys I & II Chronicles to be), Memories of Celceta proves that quality is more important than quantity, and combines refined gameplay with addictive mechanics to create quite possibly the best game in the series yet.

Anyone familiar with Ys 7, or anything else in the series for that matter, should feel right at home with Memories of Celceta. The strength of the game lies in its combat system, which is fast paced, engaging, and surprisingly deep once you get the hang of things. There’s no random battles, no turn based combat, and pretty much nothing slowing down your adventure. You run across the game’s extensive map cutting down anything that crosses your path, and watch with pleasure as your enemies explode in a shower of bits that all represent materials your party can collect. It’s a system that is easy to pick up, but remains consistently enjoyable for the duration of the game’s story.

This winning formula has always worked for the series, and Memories of Celceta proves that the Ys gameplay mechanics are competent enough to keep you playing even when the narrative drags. This isn’t so much of a problem in the second half of the game, by which point your party has expanded and your objectives have changed, but the game’s beginning is slow paced and riddled with cliché. Protagonist Adol is struck with amnesia, and in an attempt to regain his memories begins a quest to map the forrest. The adventure begins. For the next few hours the game falls into a lazy and predictable pattern where Adol is accused of a different crime in literally every town you visit. With no memory you have no choice but to prove his innocence, which is usually achieved by sorting out, what is quite frankly, other people’s problems.

But the fun in a videogame often isn’t related to what you’re actually doing, and the element of cartography in Ys Memories of Celceta highlights this. Because of the game’s fast pace you are always making significant progress when exploring, and being both encouraged and rewarded for doing this is satisfying. What’s also great is that the game still manages to be a decent twenty hours in length, and potentially more if you partake in all of the side quests.

Graphically, Memories of Celceta isn’t the best looking game on the Vita, but it doesn’t look completely terrible. There’s a greater sense of depth than in Ys 7, and there’s a decent amount of variety in the game’s world. Areas of significance are often strategically placed to allow for stunning views when approached from afar, and this creates memorable impressions when combined with the game’s upbeat and enjoyable soundtrack. However, Memories of Celceta is graphically flawed on a technical level, and the game looks slightly blurry and very washed out. A couple of months ago I cited this as a flaw of the screen on the new PS Vita (here) but since then I’ve also played it on my original system and it didn’t fare much better. 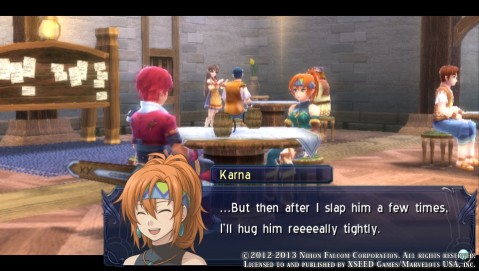 Ys might look like a game for hardcore RPG fans, but in reality quite the opposite is true. It’s easy to pick up and easy to stick at, maybe a little too easy as it only really poses a decent challenge in its final dungeons. Aside from some lacklustre graphics and a weak story, Ys: Memories of Celceta easily holds up as an involving and fun RPG. It’s well suited to the handheld console, and makes for an addictive experience both fans and newcomers will enjoy.