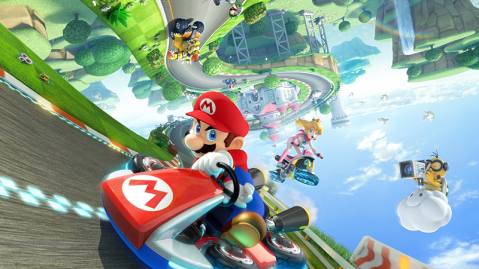 In twenty two years the Mario Kart series has changed surprisingly little. Sure, the 2014 entry carries with it the performance boost you’d expect from a console significantly more powerful than the Super Nintendo, but the structure is predictable and the mechanics are familiar. Yet Nintendo has innovated around the game’s core, and this along with the companies ‘better late than never’ approach to DLC helps deliver an experience that doesn’t reinvent the franchise, but does succeed in defining its best modern entry yet. 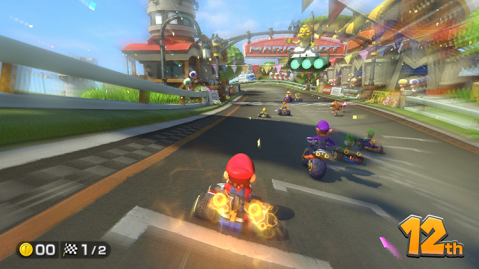 When it comes to ranking the Mario Kart games in order of quality there’s always going to be room for debate, but I’ll go ahead and say that for me the first two will always be the only contenders for first position. This is not only on grounds of innovation and entertainment, but as classic games I enjoyed growing up – and in this regard they cannot be beaten. I’d like to disregard such comparisons when Nintendo has clearly crafted such a refined and enjoyable game, but when it’s structurally similar to its predecessors in such an uncanny way it’s difficult not to hold the titles up against each other.

Innovation is of course difficult when the original Super Mario Kart invented the entire genre of kart racers, and we’re essentially talking about a shadow impossible for Mario Kart 8 to step out of. When the game presents the player with ‘Mushroom’, ‘Flower’, ‘Star’ and ‘Special’ cups for the eighth time I want to question the overall level of progression the series has achieved. Still, back in 2005 Mario Kart DS added in another row of cups composed of classic Mario Kart tracks – effectively doubling the selection of courses on offer, and the presence of twice as much content as was once expected is still welcome. 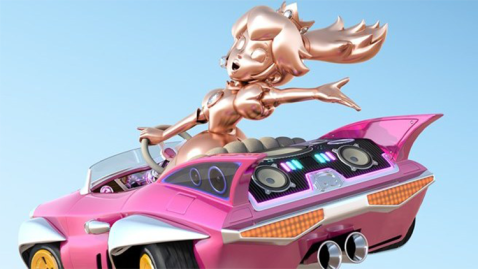 This time around there’s also two DLC packs that extend the experience with an additional four cups, as well as some new characters to add the the already bloated roster (Pink Gold Peach, seriously). Both content packs have been heavily promoted for their inclusion of cross over content from both the Zelda and Animal Crossing series, although a track from each sits alongside a mix of old and new courses. Ironically each pack also includes an F–Zero track, making this the external series most prominent in the crossover.

The variety this injects into the game is one of its strongest aspects, although each crossover track presents a visual mix between Mario Kart and the original series, rather than a full embrace of the latter’s aesthetic. As F–Zero is also a racing game the comparison is most apparent; the bright neon colours and slightly cartoonish feel of the tracks doesn’t quite deliver the right look and feel. As Mario Kart tracks they’re pretty good however, and the fast moving water section on Big Blue is really awesome – even if it’s something that never happened in F-Zero.

In other areas the track design shows strong influence from Nintendo’s futuristic racer. Tracks twist and turn in complex arrangements, and the anti-gravity sections are used effectively alongside the underwater and flying elements from Mario Kart 7. Together the experience created is dynamic and entertaining. Mechanically it’s naturally this previous entry that Mario Kart 8 resembles the most, but with significantly better tracks it stands out as the better game.

Overall there’s really only two or three circuits on offer I don’t really like. Of these Electrodome stands out as the most offensive. Structurally it’s surprisingly similar to the Casino Palace track in F–Zero GX – which isn’t so bad – but aesthetically it’s a garish neon interpretation of what the world’s worst nightclub might look like if it was located in the Mushroom Kingdom, and the result is horrible. 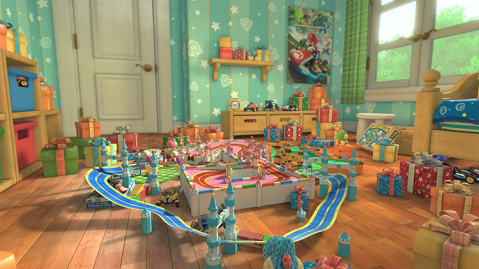 Oddly it’s the remake of the Ribbon Road track from Mario Kart: Super Circuit that I’d put down as the best circuit. The way it has been reimagined and visually reinvented is exceptionally creative, and the level of imagination found throughout the game is best demonstrated here. Details from the crossover titles have also been integrated, and whilst they don’t always fully capture the intended feel they do manage to create a more varied and interesting Mario Kart experience. After this success I wouldn’t be surprised if a future installment has more of a ‘Smash Bros.’ approach towards meshing together the different Nintendo franchises.

Once you get into the game’s cups it becomes clear that the originality of the content is really the main element holding everything together. The path of progress is familiar, and by grouping the tracks together it’s hard not to plough through the game’s content at an alarming pace. Maybe you think Mario Kart is mainly a multiplayer game, and that’s fine, but there’s no denying that a few small changes to the single player could have made for a more engaging experience.

The unlock structure is particularly poorly conceived. Characters unlock at random after every gold medal you take, that’s it. Fourteen characters, one unlock requirement. All random. Vehicle parts are also unlocked at random for collecting coins, again this feels uninspired. I’d cite Super Smash Bros. Melee as a game that demonstrates how the unlocks could have been done better. This title, which you might also consider to be primarily a multiplayer game, has extensive single player options, and the modes are made worthwhile by a steady stream of challenging character unlocks. Mario Kart 8 does nothing to push you into getting the higher rankings and taking on the harder difficulties.

Difficulty is the final area that doesn’t feel effectively balanced. 50cc is ridiculously easy and slow, I know it’s the beginner option but it also takes the fun out of the game. From there both A.I difficulty and speed scale together, which doesn’t entirely make sense as there’s no real option for anyone unskilled at the game to enjoy the fast karts. Initially the max speed class was 150cc but the latest update (which can be downloaded without purchasing the DLC) adds in 200cc. Here the game literally steps up a gear, and delivers a highly enjoyable challenge. At faster speeds the courses really come alive, and it’s only really here you can sense the true design found in how the circuits are structured. Previously unremarkable corners becomes a series of well thought out challenges, and this is paired with harsh A.I to create a frantic and intense experience.

Mario Kart 8 looks, plays and sounds great. Yet although polished, the game’s structure is still lacking. However, through dedicated updates and impressive DLC the game is now significantly larger than it was a year ago, and many of the new features are so essential to the experience that it quickly becomes difficult to remember how the game functioned without them. Right now Mario Kart 8 has more than enough great content and challenge to let you make your own fun with it. 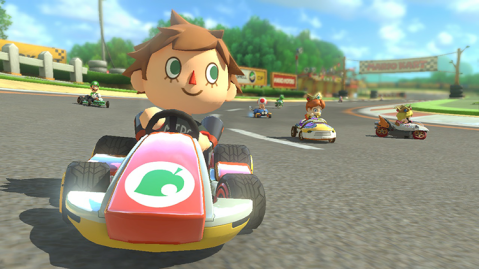