Does anyone remember a game called Zone of The Enders? Released back in 2001, it saw good sales thanks to the inclusion of a demo for Metal Gear Solid 2: Sons of Liberty. Ground Zeroes is quite a lot like Zone of The Enders. That is if you removed pretty much everything Z.O.E is composed of. Remove it all and what’s left is a demo for a Metal Gear Solid game, just like Ground Zeroes. 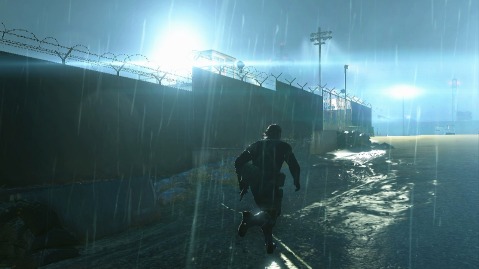 Let’s get this the bad news out of the way quickly; Metal Gear Solid V: Ground Zeroes is short. Like, painfully short. I’d heard it was a couple of hours in length, this is a lie. The story portion of the game took me around forty five minutes. There’s some side-missions and collectible hunting that helps extend things post completion, but even the varied objectives and high replay value doesn’t change the fact that Ground Zeroes is poor value for money. You start the game infiltrating a prison camp; that prison camp is the entire game. There’s nowhere else to go once you leave, and the credits that follow aren’t the opening credits I foolishly thought they were. 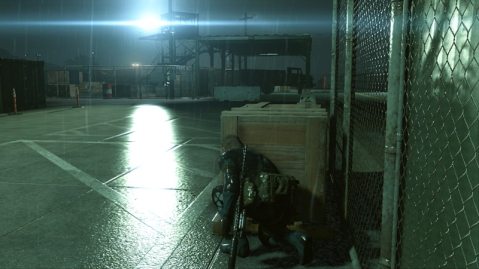 I know it seems like a lot of fuss (and I’ve heard that people are still enjoying the game in spite of its length) but the fact is that if you can make peace with the game’s pathetic run time before you start it up, then there’s a good chance that you can appreciate it for what it is. You see the frustrating thing is that whilst it lasts, Metal Gear Solid V: Ground Zeroes is actually pretty awesome.

The gameplay is largely an extension of Metal Gear Solid: Peace Walker, with all the advancements you’d expect from several years R&D and a console significantly more powerful than the PSP. Sneaking around has never felt so tense, and the impressive graphics and advanced A.I certainly adds to the experience. This time around there’s no easy or ‘very easy’ mode to select, so even on the lowest difficulty you’ll be facing perceptive enemies capable of spotting even small movements. This makes for a thrilling stealth experience that is incredibly atmospheric.

There are many new elements that allude to features that will presumably be explored fully in Metal Gear Solid V: The Phantom Pain, but without the full open world experience they feel under utilised. It’s up to the player to call in the evacuation chopper for instance, but the decision isn’t any more complex than deciding if you want to be picked up from the deserted cliff or the middle of a guarded stronghold. The story also suffers, and is so concerned about moving away from Peace Walker and into a new chapter of the narrative that it fails to stand up on its own merit.

Remember Paz and Chico? Y’know, the supporting cast from Peace Walker? Well those guys are back and it’s perhaps no surprise that the result isn’t very compelling. However, the technical competence is there, and Ground Zeroes does well to quickly push through the less interesting material, and hints at plenty of awesome things to come in The Phantom Pain (mainly everyone getting their limbs blown off). 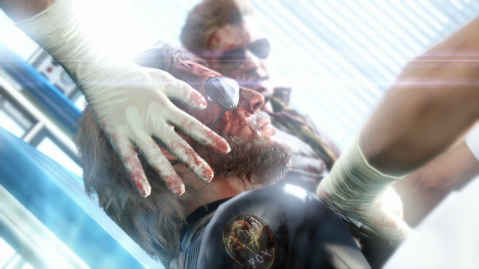 I know I should probably talk about something other than the story, but as I’m sure most other fans of the series would agree, it’s kinda a big deal, and two more things bugged me about Ground Zeroes’. The first was a sense of disconnect between the cutscenes and the actual game; most of what you watch is completely unrelated to anything you get to play. From the villain you never confront to the big fight at the base you don’t get to visit, Ground Zeroes doesn’t just feel like a demo because of its short length, but because it builds up to a payoff that isn’t there. The thing it succeeds at most is making me want The Phantom Pain, like, really badly.

Secondly I really miss David Hayter as the voice of Snake. I’m a fan of 24 as well as Metal Gear Solid, so had pretty mixed reactions to the news that Kiefer Sutherland would be taking over his role. Now the game’s here I find the match pretty odd if I’m honest. Snake doesn’t sound like Snake any more, he sounds like Jack Bauer. It’s weird.

There’s a score just below this paragraph, and you should probably know that it doesn’t really mean much; the game is an anomaly that cannot be summed up by a number. One one hand it’s a technical marvel that has taken the first step towards expanding the series in a new and exciting way. But it’s inexcusably short, and its primary focus is to simply whet your appetite for what will eventually be a very delicious meal. It fails to stand up on its own merit, and features little story content outside what’s already been seen in the trailer. And that really cool looking bit where you’re crawling around the hospital? Yeah, you’ll have to wait a bit longer for that. Good things have certainly been promised, but they’re not here yet. Metal Gear Solid V: Ground Zeroes should have been free with a third Zone of The Enders game. Wishful thinking? Maybe. 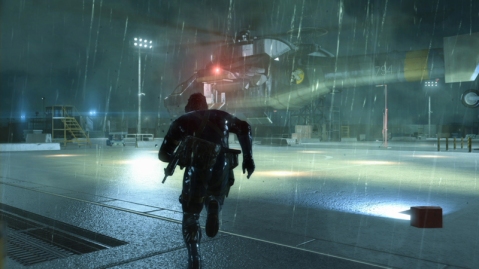