The Ultimate SEGA Saturn Guide Part I: Introduction to the Saturn 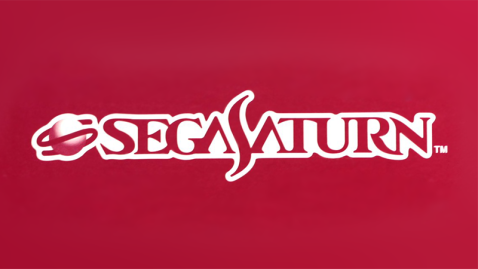 The Sega Saturn is a misunderstood console, and one often overlooked. Whilst SEGA’s system didn’t enjoy commercial success, strong sales are rarely an indicator of quality for either a system or its games. Put simply the SEGA Saturn is one of – if not the most, underrated console there is, and if you’re ready to explore its varied library of classic games then read on.

Introduction to the Saturn

The Saturn was released in Japan 1994, and 1995 in the EU and North America. In all regions it came out before the PlayStation, and quite a bit (almost two years) before the Nintendo 64. This was typical of SEGA, who frequently released their system first (previously the Mega Drive/Genesis and subsequently the Dreamcast) and as with these consoles their rush to release hardware was one of the reasons their system ended up underpowered when viewed against its competitors.

This was as true for the more popular Mega Drive as it was for the Saturn, and SEGA’s previous system’s success was a marketing feat – not an engineering one (there’s a really good book that details this called Console Wars). The Saturn’s price was also a large flaw – it was both more expensive and less powerful for 3D games than the PlayStation, and this effectively explains the mystery of why it sold badly.

But in retrospect there are different factors to consider when evaluating the quality of the system. The high launch price is no longer a concern; you can now buy one for much cheaper than £399. And calling it underpowered is a simplification. For rendering 3D it compared badly to the PlayStation, but the Saturn had a dual CPU that could outperform Sony’s console with 2D games. In 1995 3D was really important (and 2D not so much), but looking back the 2D sprite art from the era is notably impressive. I like to think of the Saturn as an improved Mega Drive, and its 2D library alone is stunning. Add in a handful of great 3D games and you’ve got a system that’s unique for both its variety, and the polished retro experience it delivers. 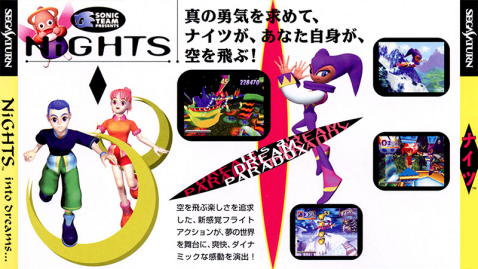 The SEGA Saturn was notable for lacking a major Sonic release, with Sonic X-treme being notoriously cancelled. There was however the excellent Sonic Jam, a compilation of the four Mega Drive games with additional features, as well as Sonic R and Sonic 3D: Flickies’ Island – two strange and fairly average games. Meanwhile Sonic Team’s NiGHTS into Dreams essentially became the flagship game of the system, and whilst it doesn’t innovate in the same way as, say, Mario 64 did on the Nintendo 64, it’s still an exceptionally fun game in its own right. 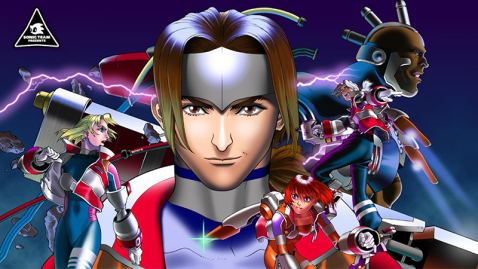 The rest of SEGA’s first party offerings make up a large portion of the Saturn’s must have titles. Those released later in the console’s lifespan are particularly notable now as rare and underrated classics that arrived too late to save the system. Games such as Burning Rangers, Guardian Heroes and Panzer Dragoon Saga are not only some of the SEGA Saturn’s best titles, but now command high price tags because of their rarity. 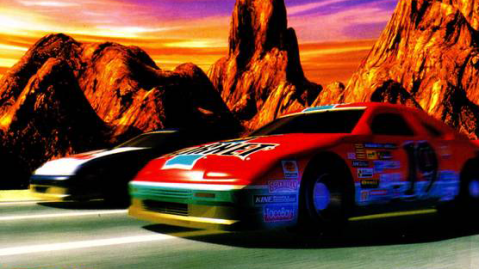 At the other end of the spectrum is SEGA’s selection of Arcade Model 2 games that were ported to the Saturn. This included Virtua Fighter 2; the launch game that brought with it initial success for the console in Japan. Alongside it many of the racing games released under the SEGA Sports brand now stand out as being particularly great, including Daytona USA, SEGA Rally, Manx TT and even the slightly more obscure SEGA Touring Cars. These are all reasonably priced titles that are well worth owning.

The Saturn has many ports of many titles more commonly associated with the PlayStation, although in most cases the version for SEGA’s console is inferior. There are certainly exceptions to this rule, but for well known games such as Tomb Raider, Resident Evil and Wipeout you’re better off on PlayStation. The Saturn port was usually a secondary consideration, resulting in sub-par graphics and poor controls. The notorious example of this is Croc missing his head in the PAL version of the Saturn game. 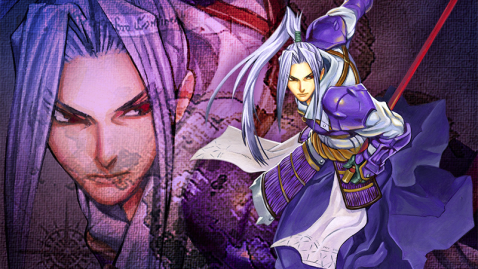 The other half of the Saturn’s library are 2D games, many of which are more obscure and saw limited/non-existent releases outside of Japan. These include role-playing and tactics games such as Albert Odyssey, Shining Force III and Dragon Force. For these games importing is only an option if you can speak Japanese, and if not you’ll need the rarer and more expensive English version.

However importing from Japan (where the Saturn was more popular) is a great option for many other titles. There’s often savings to be had on titles that don’t require an understanding of Japanese to play, or are in English anyway. There’s also a significantly larger library of games to chose from, and the Jewel cases they come in are a lot nicer than the flimsy cardboard (EU) and cheap plastic (US) ones that were sold internationally.

The best news is that many of the top Saturn games unreleased outside of Japan don’t require any knowledge of the language to play. These are predominantly fighting and shoot-em-up games, two genres that really excelled thanks to the competence of the SEGA Saturn for these style games. Many of the fighting games use a memory expansion cart, and this along with the Saturn’s six button controller allows for competent ports of arcade games such as X-Men vs. Street Fighter, Darkstalkers 3, Street Fighter Alpha 3 and many more.

2D shoot-em-ups also took full advantage of the Saturn’s hardware, and plenty of high quality arcade conversions were released. The list of great Saturn shmups is extensive not only because of the hardware, but also thanks to strong support from the genre’s most well-regarded studios such as CAVE and Raizing. Highlights include Batsugun, Radiant Silvergun, Battle Garegga and DoDonPachi. 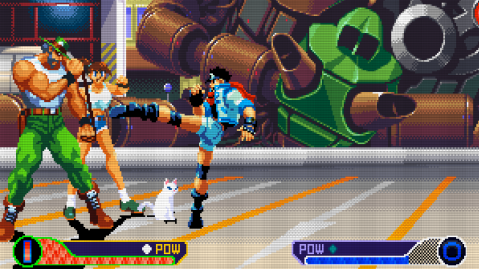 The SEGA Saturn console is relatively inexpensive, and can be picked up with a few games for approximately £50 (eBay

). In Europe and North America the console was only released in black, however importing is a fairly viable option. In particular if you’re interested in a different colour variant then it’s worth considering. My own Saturn is the Japanese white console, and other options are available too including a grey and a clear/translucent system. As you’d expect the prices go up for these rarer variations. The SEGA Saturn has an internal PSU, meaning that if you chose to import you’ll need a voltage converter to power it. As the PSU shape varies slightly between systems, swapping it out isn’t really practical.

Out of box the SEGA Saturn is region locked, and you’ll need an Action Replay 4 in 1 (or 5 in 1) cart to play imports. This can be used play Japanese games on a Western system, or Western games on a Japanese Saturn. Either way it’s the only option (outside of a complex mod) to play all the great Saturn games on a single console. These cost approximately £25 (eBay

The other functions of this cart are useful too. It includes the 4mb expansion for the fighting games that require it, and a save data back up tool that’s vital for RPG style games. The Saturn’s main form of data storage is a CR2032 watch battery that clips into the back of the console, and this runs out and needs to be replaced roughly every 1–2 years. The back up tool can be used to help ensure data isn’t lost when the battery runs out, and it’s the only way to retain save data when swapping the battery out for a new one.

You also have the cheat options normally associated with Action Replay, and the 5 in 1 variation of the cart has a port to connect the system to a computer and dump the Saturn bios. These functions are not as vital, but help define the cart as a useful tool for any Saturn owner.

The other accessory I’d recommend is the Saturn’s analogue controller that was originally bundled with NiGHTS into Dreams. This is a pretty cool looking device, and actually pre-dates the Nintendo 64 controller, which goes some way to explaining its experimental design and strangely shaped analogue stick. Interestingly its round shape doesn’t really effect how you hold it, and as a result the controller is more comfortable than it perhaps looks. These cost roughly £25 (eBay) and, as with the system, if you want the white one then you may need to look at importing.

Whilst the console is fairly reasonably priced, many of the games will set you back more than the system did. There’s plenty of cheap titles to get started with, but some of the console’s most well regarded titles are about as rare and expensive as CD-rom games get. Classics such as Shining Force III (eBay

) are not cheap. In particular that last one, which is also widely regarded as the console’s best game.

If you’re not inclined to pay for games then there is the option to install a mod chip, although Dracula’s Cave does not condone this and I won’t provide details of where to purchase one. Doing so requires basic soldering skills and games need to be burned to CDs for use. This installation process obviously risks damage to your Saturn, and can be tricky as not all consoles look the same inside.

When it comes to connecting your Saturn to a television there’s a lot to consider. The standard composite or s-video cable provides a poor image, although creating a set up that will deliver the best possible picture might not be practical. Ideally you want to hook the system up to either a decent CRT or better still a PVM or BVM using RGB SCART, but this won’t be possible for everyone. This is something I’ve written about before in detail, and I’d recommend this article on cables (here) and this one on old CRTs (here) for all the information you’ll need.

The best games for the Sega Saturn

Okay this is a long answer, so I’ve made a separate post focusing on the games. For Part II, the 20 must have games for the Sega Saturn, click here.

See you on the other side.

6 responses to “The Ultimate SEGA Saturn Guide Part I: Introduction to the Saturn”