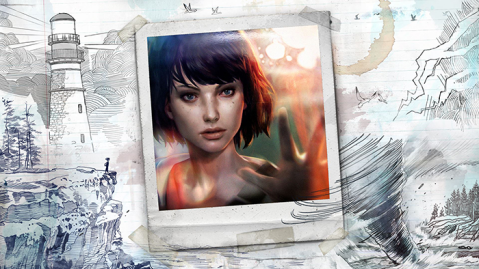 It’s strange how a developer that underwhelms in one genre can totally deliver in another. The example I’d usually cite is 5pb, who made the sub-par fighting game Phantom Breaker, screwed up their port of CAVE’s DoDonPachi DaiOuJou, and then made Steins;Gate – one of the most gripping and intelligent visual novels I can think of. But Dontnod Entertainment are now also proof that creating an immersive and interactive story is a completely different skill to making a solid action game. Life is Strange is from the makers of Remember Me, and whilst that was a game that could ironically be described as forgettable, the same is certainly not true for their latest title.

Whilst predominately an interactive story, Life is Strange has elements of exploration and puzzle solving that compliment the narrative well. Environments are rich and detailed, delivering great immersion and a meaningful experience where the player is fully involved in the game’s events. In the first act protagonist Max Caulfield discovers that she has the ability to manipulate time, and this power both drives the plot and allows for unique mechanics and puzzles.

The concept of time travel is great fun to explore. The focus isn’t very scientific (and in this regard it differentiates itself from Steins;Gate – although there are pleanty of other parallells), and instead the mechanism is mainly used to explore relationships and develop characters through scenarios that would not otherwise be possible. The closest comparison I can think of is The Girl Who Leapt Through Time, and in both cases the power sends things wonderfully out of control by the later chapters.

It’s a butterfly that gives protagonist Max Caulfield her supernatural power, but how this happened isn’t fully explained, and this doesn’t really matter. At other points the confused rules of how time travel actually works arn’t ideal, but the way Max can use her ability to shape the game’s narrative is experimental and innovative. This is worked into the game’s mechanics, notably by providing the option to undo your immediate dialogue choices, giving the player a direct insight into the consequence of their actions before confirming how to proceed. 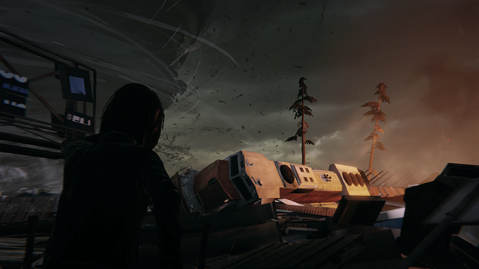 This element is a huge success, and allows for a meaningful level of player input where you can be confident in how you will modify the story. Decision making usually revolves around interesting and complex issues, helping define the usefulness of this mechanic, and choices never feel reduced to simply ‘good’ ‘bad’ and ‘stupid’ options to chose between.

Puzzle solving also makes use of the instant rewind, usually requiring the player to alter or intervene in a series of events and rework them into a desired outcome. This works best when the challenge is dialogue based, and involves manipulating conversation through knowing what will be said next. However timed scenarios where objects and events need to be modified in a correct order are often confusing, and these puzzles can feel restrictive due to the limitations of how you can and cannot interact with the world. 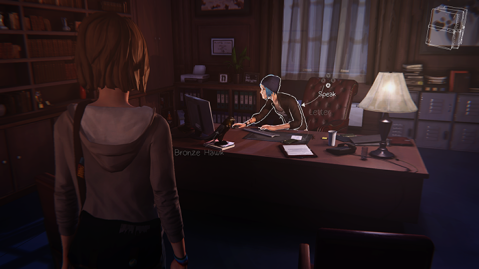 What’s perhaps most confusing is that whilst rewinding time effects the environment, it does not modify Max herself. According to the game’s rules of time travel you can force open a locked door, enter a restricted room, and then rewind time to bypass the door and leave it in an untampered state. This is the legitimate solution to one of the puzzles, and it doesn’t make sense.

At other points the ability to alter the course of time isn’t as useful as you’d imagine, and proves little help in locating bottles hidden around a junkyard during the game’s most tedious moment. I’d have really liked the ability to rewind time and convince Chloe not to send me out on this ridiculous quest, but sadly the mechanics can only be used within a limited scope.

But although I was unsatisfied with how I got past that locked door, and uninspired by the bottle collecting segment, these items took place within a story that I enjoyed a lot – and whilst it’s easy to criticise some of the specific elements, doing so ignores the fact that as a whole, Life is Strange is truly spectacular.

Much of what the game does feels like a deliberate attempt to do the exact opposite of what you can usually expect from a videogame. At its heart is the relationship between the player-controlled Max and her best friend Chloe, and the two have an unconventional but compelling dynamic. Thanks to the time travel mechanic their friendship is explored in a complex and intricate way that would not have otherwise been possible, and along the way the story runs through a checklist of ‘issues facing teenagers’ that equally feels like a list of ‘things never explored in videogames’. At times the scenes are uncomfortable, and some moments are downright creepy – Dontnot is certainly not afraid to cover difficult subjects, and this decision pays off.

In terms of content covered, Life is Strange draws comparison to Welcome to the N.H.K, although thanks to its setting and atmosphere the overall feeling is closer to that of Twin Peaks. When you add in the overarching dead girl mystery, as well as a supernatural element, it’s clear to see that the Mark Frost/David Lynch classic was of profound influence. Still, borrowing from one of the greatest television shows of all time is hardly a bad thing.

The murder mystery element adds excitement to the story, and whilst I’d correctly identified the killer long before the reveal, it was satisfying to eventually be proved right. Analysing the characters was great fun, as was exploring the environment for potential clues. Each area is intricately designed and full of objects and events that elaborate on the narrative, and this is nicely supplemented with additional written content such as diary entries and character biographies.

Originally released in five episodes, Life is Strange works this format to its advantage by structuring its story into distinct chapters. Each of these ends on a high and, like a great television show, the defined stop points contrast with plot revelations that make you want to keep going. It’s the exact same structure as Alan Wake (another great game influenced by Twin Peaks), and it worked well there too.

However, releasing episodes bimonthly is something I’m less keen on. Waiting a week for the next instalment in a great show works, but waiting two months for the next two hours of Life is Strange was far too long. As it’s now available in its entirety this is no longer a concern, but for anyone who received the game in small quantities from January until October – I feel your pain.

Life is Strange is a really unique game. Although mechanically it isn’t perfect, it succeeds at so much that its flaws are easily overshadowed by everything it does right.

By the time I reached the game’s conclusion I genuinely cared about the characters and how my decisions had effected the narrative. Whilst the ending is arguably polarising (several puns here) I personally enjoyed it, as although it leaves a few questions unanswered it still does a great job of concluding the intense and exciting final episode. The limited choice over the outcome is obviously a controvertial design decision, but I quite like how ultimatly Max’s time travel power is heaviley restrained at the end of an episode in which it runs wild.

The game also has a great art direction, and the indie rock soundtrack is well suited. The list of positives goes on, but its ultimate success is really quite basic. To tell the truth, I usually don’t care at all about what happens in a videogame. This isn’t how I felt about Life is Strange – the story captivated me and it’s as simple as that.

11 responses to “Review: Life is Strange”