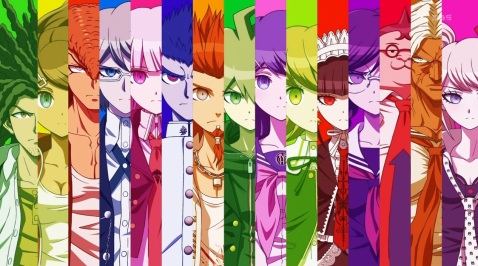 In Dangan Ronpa a group of highschool students are forced to compete in an evil game where the only escape is murder. Sound familiar? Dangan Ronpa isn’t even the only ‘Battle Royale’ esque story I’ve reviewed this week, but it certainly has more than enough originality underneath it’s familiar surface. In fact, it’s borrowed elements are all executed perfectly, and Dangan Ronpa is so good that it largely exceeds that which it takes influence from. 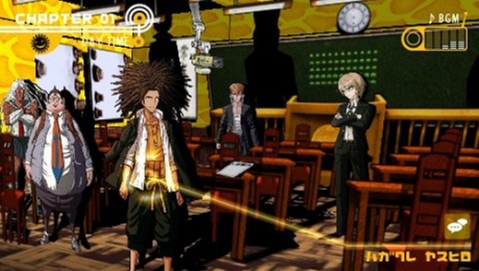 In most simple terms, Dangan Ronpa is a visual novel with a large amount of player interaction and exploration. Imagine Persona 4 meets Virtue’s Last Reward and you’re halfway there. You walk around a school (in which you are being held captive) and chose who to spend your free time with. You do this until (inevitably) somebody is murdered, and then you have to play detective and uncover the mystery of what the hell happened.

As with Persona 4, what works is a balance of different elements. The plot is always moving forward, but at the same time you’re also getting lost in the details of a single case, examining and re-examining events in your search for the truth. It’s certainly a text heavy game, but there’s also a lot of interaction. You can walk around the school at your leisure, and there’s word based action sequences that require, timing, concentration, and an understanding of the game’s events. 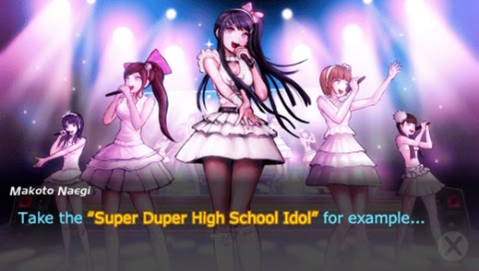 Of course all of this works because the story is superb. On the surface you have a compelling prisoner’s dilemma style ‘ally or betray’ mechanic, but it’s the detailed and believable characters that makes this so involving. This is without a doubt one of those games you play to find out what happens next, and it is therefore beneficial that all of the game’s challenge is story related.

I should at this point mention that this is a Japanese only game. It’s not been released in English, and if you’re going to import it you’ll need to speak Japanese. Seriously, this game will be no fun and completely impossibly to play in another language. But all hope is not lost, and if you want to play Dangan Ronpa (and you really should) then read on.

There is an English language patch available online (google search) and it wont take much research before you find a way to play and enjoy the game. The patch itself is unbelievably good, and it honestly feels like an official release. It’s 100% translated, and the quality of the writing is excellent. Alternatively, there is talk of a PS Vita version that will have an international release next year. 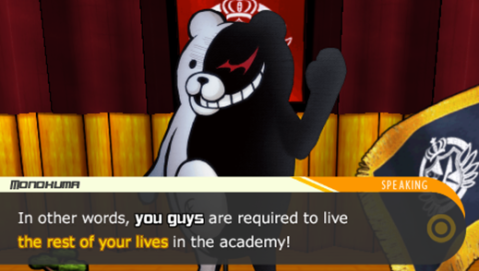 If you’re looking for an intelligent game with a gripping story then Dangan Ronpa is for you. It makes you think, and it rewards you for investing in it’s characters. Overall it’s one of the best games ever made for the PSP, and it’s a complete crime that it hasn’t currently been released in the West.