Dead or Alive is just as great now as it was 10 years ago. The formula has always worked, and the series has often been about making minor amendments and enhancements to an already superb fighting game. Dead or Alive 5 added the graphical and presentational values the game was previously lacking, but one year on and this enhanced version of the game is going to feel awfully familiar to anyone who picked up the original last year.

The good thing about Dead or Alive 5 Ultimate is that it’s essentially the best version of an already great fighting game. And in many ways Dead or Alive 5 was a new high point for the series. As an oldschool Dead or Alive fan, DoA Ultimate for the original Xbox will always be my favourite, but with its HD graphics and large selection of modes, I can certainly see why many would consider DoA 5 to be the definitive game of the series. All of its great features are still here, and this is still a fighting game both hardcore fans and newcomers will be able to enjoy. The story still sucks and the girl’s boobs still bounce. Overall the game looks great and is a lot of fun to play.

For those looking for an experience that expands on the original version of DoA 5, here’s where the problems start. Well it’s really only one problem; there isn’t very much new stuff. Sure the price is right and the game’s still great, but it makes zero sense that the new content wasn’t offered as DLC for existing players at a fraction of the cost. There’s five new characters (two from Ninja Gaiden, two from earlier DoA games and one from Virtua Fighter) and a mix of old and new stages, but that’s essentially it. There are also some minor gameplay tweaks, but nothing that shouldn’t have been added as a free patch for the original game. 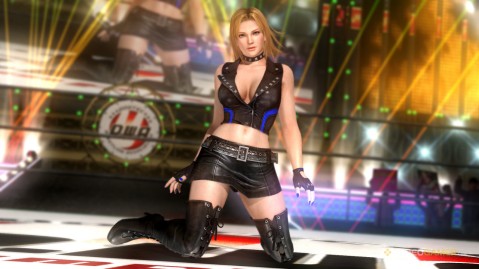 It’s certainly frustrating, especially when you consider that whilst DoA 5 Ultimate may be a bit light on the new content, what they have added is really good. The new characters are fun to play as and the selection of stages is superior to those found in the first version of the game. But if you bought DoA 5 last year then I can’t recommend you to go out and buy it again for this new content. It simply isn’t worth it.

There is a free version you could get instead, titled Dead or Alive 5 Ultimate Core Fighters, but this really isn’t something aimed at people who are already fans of the series. Core Fighters only contains four characters and no story mode, but this content can be bought separately within the game. It’s a great idea for getting new people playing the game, but in all honesty if you haven’t played a Dead or Alive game before then I’d be happy to recommend DoA 5 Ultimate. It’s a great game at a cheap price, and you won’t find this value if you’re paying $4 per additional character.

For fans of the series, Dead or Alive 5 Ultimate is difficult to recommend, but it’s also difficult not to acknowledge it as the best version of the game. If you’ve never played a Dead or Alive game before then add another point to the score, but if you have then be warned that you might be purchasing the same experience you already own.