The PSP has been around for nearly 10 years, and has an incredibly varied library of games. Unfortunately, finding the good ones can at times feel like wading through a big pile of garbage, and by garbage I mean a big pile of rushed PS2 ports that are even worse now than when they first came out. But underneath there are some great RPGs, a few hidden classics, and other forgotten games that are still well worth playing. Last week I picked up a PSP Go and since then I’ve been hunting down the classics, now I present you with ten whole games that are still great fun to play today. 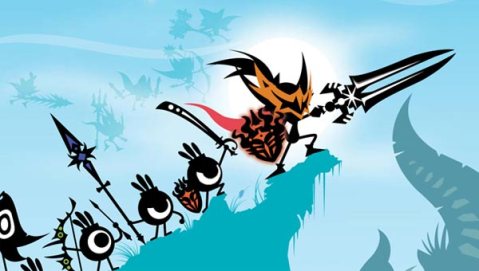 Whilst many of the best PSP games are already pretty old, one of the great things about the console is there’s also some terrific newer titles. Patapon 3 is a good example of this, and represents the culmination of one of the best exclusive series for Sony’s console. I’d tell you it’s a rhythm action game but that makes it sound like no fun at all, so just go out and play it instead. 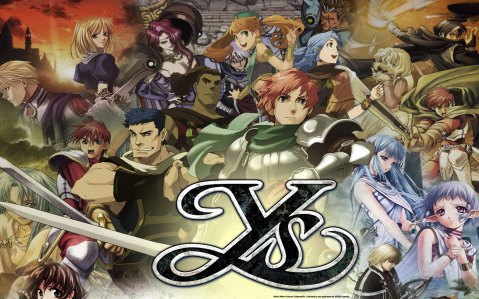 The PSP has enough RPG games to rival both the Super Nintendo and PlayStation 1. Unfortunately they all kinda look the same on the outside and it can be difficult to know which are worth your time. Ys 7 definitely is, and no PSP library would be complete without this game. It blends a traditional RPG story with an accessible and fun combat system to create a wonderful vacuum of joy that will happily suck away hours of your life.

Is Wipeout Pure the best game in the Wipeout series? Maybe. It has the most variety, and enough free DLC to double the amount of available content, so it’s definitely a worthy contender. The design that went into the game is truly superb, and as a result it hides its age much better than most other games released in 2005. Most importantly it’s still a huge amount of fun.

An underrated classic. Popolocrois took the structure of an RPG, the story of a 1980s manga, and the combat of a turn based strategy to create a unique and gripping experience. In Japan there were 5 of these games released for the PS1, two of which were edited and combined for this international release on the PSP. I don’t think many people bought it which is a shame, as it was (and still is) so much fun to play.

It would be difficult to create any kind of ‘best of’ list regarding the PSP without mentioning the most technically ambitious and impressive game on the system. Out of all four Metal Gear games released on the console this is the only one worth playing, and it almost makes up for the two crappy card games released in the PSP’s early years. It’s the full Metal Gear Solid experience, but with the portable system in mind, and is significantly better on PSP than on a large TV as part of the Metal Gear Solid HD Collection.

Persona 2 isn’t for everyone. It has all the problems that an old RPG can have, and it only came out in 2011. Well technically Japan got the game back in 1999, which explains the brutal difficulty and high random encounter rate. If you can overlook these flaws then you’ll be rewarded with one of the coolest and most unique RPGs ever made. The third game in the series was also released for PSP, but I’d recommend Innocent Sin instead as there’s a better version of Persona 3 available for PS2.

Ultimate Ghosts ‘n Goblins is immensely difficult, but in a really good way. If you’re looking for a serious challenge this is an addicting and rewarding game that’s great to play in short bursts on the go. It’s also the perfect example of how a retro game should be remade, as it retains the feel of the original game whilst adding elements that consider the needs of a modern gamer. 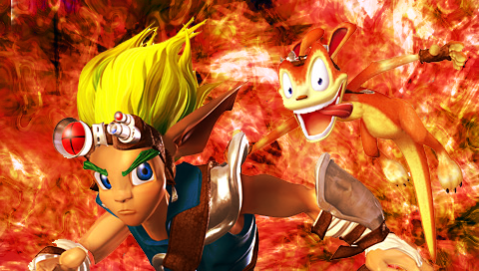 On paper, Daxter didn’t sound great. The game didn’t have developer Naughty Dog or main character Jak, yet the result was a superb platformer that suggests spinoffs might actually work after all, which is a dangerous conclusion to come to. The PSP had few enjoyable platformers, but Daxter stands out as the best by far. 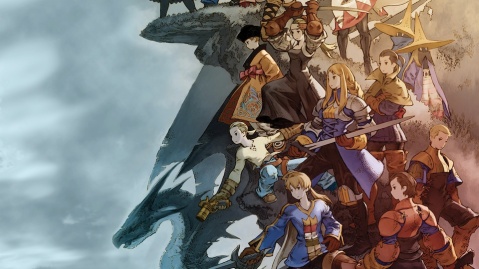 Few games will eat up your free time as quickly as a turn based strategy, and War of the Lions is one of the best. A remastered version of the PS1 classic, this is the definitive version of one of my favourite games. It looks great, sounds great and can be played for hours at a time.

I remember getting my PSP when it was first released in Japan. There were only about four games available at launch and this was the only one that looked any good. I don’t think I played anything else for the first six months I owned the console, I honestly didn’t need to. Today this is still an awesome racing game, and the high point of the Ridge Racer series. I’d go so far to say it plays better than the Xbox 360 and PS3 games. It’s certainly superior to the Vita version. As one of the PSP’s defining games, this is a racer absolutely everybody should own.

And that just about concludes my list. It’s by no means definitive and I’m sure there’s still some great PSP games I’m yet to play, but for now it will have to do. Let me know if you’ve got any favourites I might have missed out.

One response to “10 PSP Games Still Worth Playing”