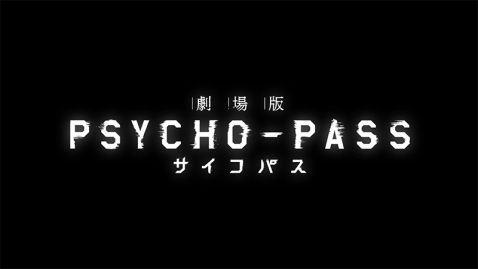 Psycho-Pass: The Movie is in two ways an obvious return to form after getting sidetracked in its second series. The film brings back writer Gen Urobuchi and character Shinya Kogami, both who’ve been missing since the events of series one. But its hour and a half runtime doesn’t prove long enough to explore any of the complex issues that have been lingering in the background for a while now, and whilst the film is fun in a conventional way, it doesn’t fully realise the potential of the franchise. 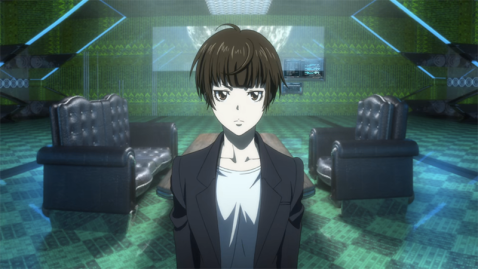 For the first time in Psycho-Pass history the movie takes us outside of Japan, and its self-contained plot is reminiscent of the earlier episodic stories from series one that exist within very defined frames. After terrorists show up in Japan, Kogami shows up the fictitious location of Shambala (located in real Cambodia), and the movie documents Akane Tsunemori’s holiday to go find him. She recklessly insists on travelling alone, meaning the support cast are reduced to near non–existent roles.

In one regard this makes sense; the film does not have time to include meaningful development for them so why even try? Other films such as Persona 3: The Movie #2 Midsummer Knight’s Dream or Steins;Gate: Fuka Ryōiki no Déjà vu show the difficulty in giving a large cast designed for a lengthier medium enough screen time. You have Akane, you have Kogami, lots of action and not much else. If you’re looking for anything more then you’ll be disappointed, but if you can live with this then there’s nothing inherently wrong with the film.

This is strange praise to give, but compared to some of the nonsense Psycho-Pass 2 ended up delivering it’s a step back in the right direction. In particular the motivation of the film’s villains may be simple, but it’s at least clear, and whilst the main conflict is a formulaic and somewhat cliché power struggle, it does make sense on a fundamental level. 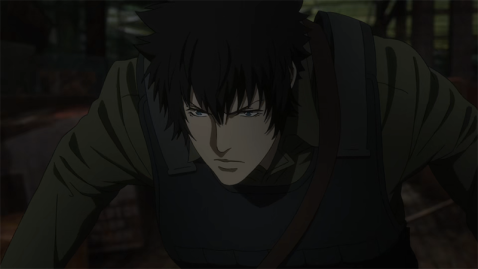 Shambala in an interesting place; it’s the first city outside Japan to implement the Sibyl system and along with the classic tech such as the show’s iconic Dominator they have a new Battle–Royale style collar that can explode disobedient citizens instantly. Unlike the dystopian and futuristic Japan, the rest of the world is a bit of a mess, with war and violence creating a near post–apocalyptic state. This expanded look at the world is one of the movie’s most intriguing elements, although the potential of exploring new themes and issues of morality that this could prompt is largely wasted. 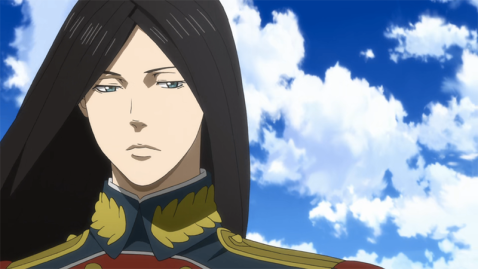 Instead the film’s conflict is underwhelmingly simple. Shambala is run by an evil dictator and his army of psychotic followers, and they have manipulated the Sibyl system for their own gains. Whilst Akane begins with the intent to apprehend Kogami, she instead finds herself fighting alongside him on a mission of liberation.

Although their reunion could have been a nice opportunity for some substantial character development, their interactions are instead almost entirely action oriented. They fight bad guys and blow stuff up, an hour later the film is over and a lot of people are dead. 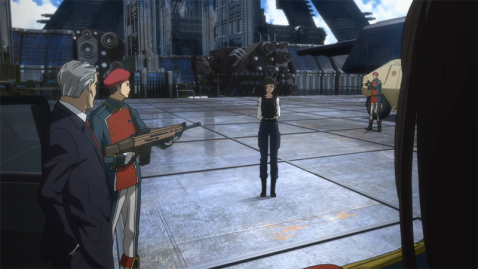 Towards the end the movie tries to throw a few twists into the equation, but as these revelations effect so little, and are so familiar to how events have previously unfolded, they feel of little consequence. It’s hardly a surprise to find out Sibyl had co-ordinated things to remain in their best interests from the start. Haven’t they always?

Meanwhile many of the show’s most interesting elements are not explored. Akane still knows all of Sibyl’s darkest secrets, but the status quo doesn’t look like it will be broken any time soon. Plus by not attempting to intervene, the chaos that unfolds by unleashing Sibyl on a foreign nation is in some ways her fault. She doesn’t seem to care though. By the time the credits role little of any long term significance has occurred, and the entire story might as well have never happened. This doesn’t mean that the film is void of enjoyment, and it’s a nice epilogue for Kogami, but that’s really the extent of it.

2 responses to “Review: Psycho-Pass: The Movie”