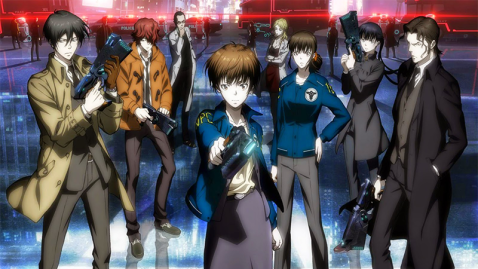 It its final scene the original Psycho-Pass alluded to a second series, but there’s still no denying that it nicely concluded all its main storylines. Psycho-Pass 2 carries on as naturally as possible for a sequel no one wanted that’s lacking its original writer, and initially surprises, if only because it’s not as bad as it could have been. But as it moves forward, Psycho-Pass 2 makes a few large stumbles, and struggles in its attempt to progress the franchise. 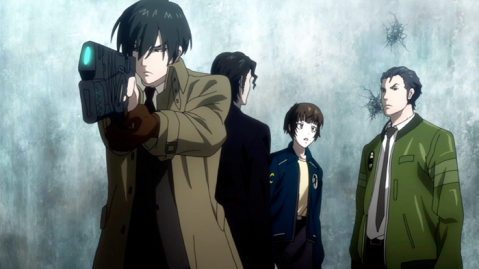 Originally I had mixed feelings about the ending of the first Psycho-Pass, but looking back the finale was quite a strong episode. It somewhat paradoxically wrapped up the story with a full conclusion, whilst also leaving us the message that nothing had really changed. The Sibyl system that monitors the world still exists and protagonist Akane Tsunemori still works her job catching latent criminals. The trauma and bloodshed of her last case will soon be forgotten, and no one really minds that she knows all of Sibyl’s darkest secrets because she probably won’t tell anyone. 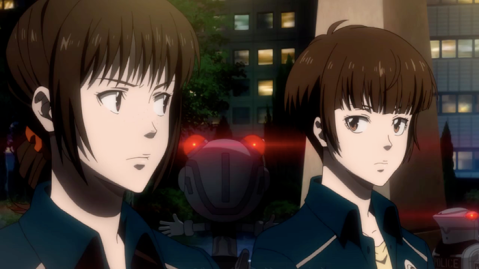 This set up works quite well for Psycho-Pass 2, which instead of dwelling on past events moves into a new case with some new characters and new ideas. Of course the premise has already been established, and it’s easy to enjoy Psycho-Pass 2 when you enter the show already familiar with its world. Where as series one began almost episodic in nature, and took time building up its characters and concepts, Psycho-Pass 2 can skip right past this and straight to the good bit; the hunt for the megalomaniac intent on bringing down all of society. At only eleven episodes (half the length of the original) not wasting time is important, and covering a single case for the entirety of the series gives it a strong structure.

This also turns the absence of writer Gen Urobuchi into less of a killer blow. Arguably one of Urobuchi’s greatest talents is how he transitions between arcs, and writes stories that flow between any given amount of episodes. If Psycho-Pass 2 had tried to emulate this I’m doubtful it would have worked well.

That’s not to say the writing is great however, and whilst Psycho-Pass 2 is generally entertaining the story doesn’t always make that much sense, and takes a few unsatisfying turns. In particular you have a villain operating under extremely questionable motivation. Kirito Kamui is an weak character, and both his backstory and ability to bypass the Sibyl system are given very strange and utterly unbelievable explanations.

This mirrors an overall reliance on the technology to explain stuff that could probably never happen, and a move away from the more relatable morality based storylines seen in the original series. The simple concept of apprehending latent criminals before they commit crimes is made confusing by the addition of unexplained mind-altering medication, and the focus on judging Sybel contradicts the whole point of Sybel, which was in series one revealed to be *spoilers* a collective entity of those who’s Psycho-Passes cannot be measured.

Hidden amongst the mess are a few interesting concepts. In particular the challenges the inspectors face handling increasingly disturbing cases, and the risk it poses in turning them into the criminals they are trying to apprehend. This plays well with new character Mika Shimotsuki, who clashes with Akane on a professional level. Overall it’s still Akane who holds the show together, although whilst her strong morality still defines her character, this isn’t integrated into plot points as well as it could have been. When other characters begin attempting to deliberately cloud her hue (because they’re evil or whatever) it begins to feel like the show has run out of ideas.

But Psycho-Pass 2 is entertaining enough to watch. It’s visually excellent, and the animation is of a higher quality than the original. Funimation have also done a great job of dubbing the show week by week, and hopefully the future will bring more shows that are given English voice work of this quality so quickly.

Also, whilst the plot underdelivers a little too frequently, it does retain the tension building and intense action from series one. This climaxes early on when a crazy old man takes hostages inside a hospital, resulting in scenes that are brutally violent to the point of being tasteless. This might not be everybody’s cup of tea, but it is at least something new for the series, and it’s one of several occasions when Psycho-Pass 2 features enough violence and death to give the episodes impact.

Psycho-Pass 2 gets a few fundamental things wrong, but it’s not all bad. Specifically it success in moving into new territory rather than simply feeling like a rehash or epilogue to series one. In the end it doesn’t change the story beyond repair either, which is great as the writing wouldn’t have done either the downfall of Sibyl, or any major character deaths justice. Instead the door is left wide open for more Psycho-Pass, and a sequel movie written by Gen Urobuchi has already been released in Japan. It’s clear the series isn’t going anywhere, which is great, especially if the upcoming material is of better quality. In the meantime Psycho-Pass 2 is a fairly okay watch, and under the circumstances it probably could have been worse. 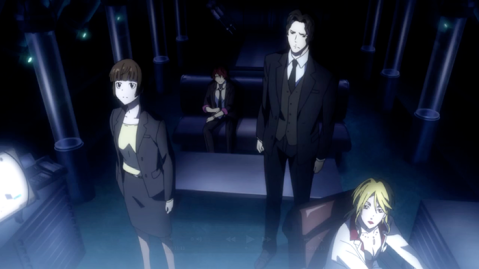