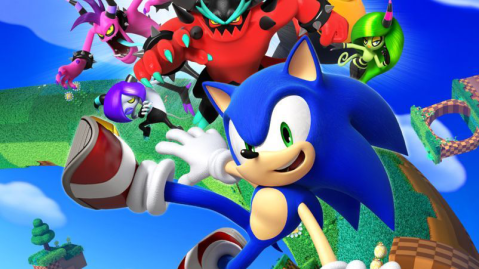 Whilst once a series with the force to rival Super Mario, Sonic’s fall from grace isn’t exactly new news. I still remember when the game now known as Sonic 2006 was being hailed as the title that would revive the blue hedgehog to his former glory. But this (obviously) never worked out, and since then we’ve had eight years of SEGA throwing a random assortment of ideas at a wall and seeing what sticks. Sonic Lost World might not epitomise the last few years worth of slow progress, but it’s not inherently broken, and is really quite fun to play. 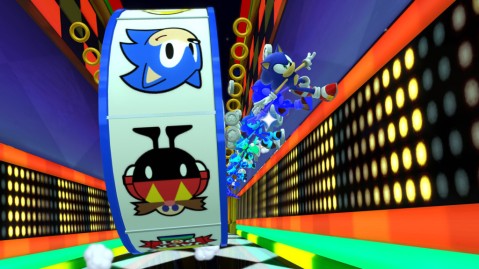 It might seem overly cautious, but I always brace myself for a gamebreakingly awful mechanic every time I first put a new Sonic game in the machine. SEGA has had their finger on the self-destruct button for so long now that they’ve actually been quite creative in some of the ways they’ve ruined these games, and I always wonder what on earth they could do next. I like how they constantly trick us, always promising that the latest game will be the one that brings the series back to it’s roots. But I’ll never trust them again, not after Sonic Unleashed and it’s goddamn Werehog.

Sonic Lost World somehow avoids it’s cursed heritage. It’s like a child star that didn’t go off the rails, and has somehow turned out alright. There’s no shoddy overworld, no new playable ‘characters’, no brutally long loading sequences, no unskippable cutscenes, no mention of King Arthur, and no past and future Sonic teaming up to combine ‘major attitudes’. In fact, Lost World actually builds upon the fun experiences I remember from the old Sonic Adventure games, whilst streamlining both the game’s structure as well as the level design. It might have a few flaws of it’s own, but it’s heart is in the right place. 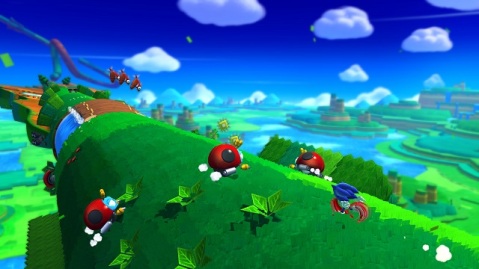 The levels themselves are spherical worlds that look fairly alike to those found in Super Mario Galaxy. But the similarities really start and end there, and the static camera and linear structure means the game actually has more in common with Super Mario 3D Land. Both take the classic gameplay and level design from their series’ 2D entries, and adapt it in a fun and creative way to make it work as a 3D platformer.

Sonic Lost World also bears resemblance to the footage from Sonic X-treme, the cancelled Saturn game that was meant to be Sonic’s first 3D adventure. It’s interesting to see SEGA explore some of their initial ideas for making the transition between dimensions, and it’s from here that the spherical level design originated. Anyone who tells you this game rips off ideas from Super Mario Galaxy hasn’t done their homework. 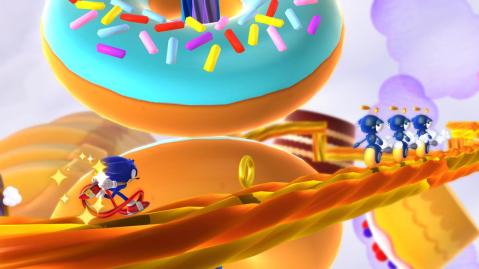 Gameplay wise, Sonic Lost World makes quite a few changes to the formula that was starting to be established after Sonic Colours and then Generations. Most notably, Sonic is quite a bit slower than he’s been in recent years, and when you’re not holding down the run button (R) he walks at quite a leisurely pace. At times this can be quite a good thing, as in the past Sonic has been a bit too fast for his own good. In order to compensate for his immense top speeds, levels were often not much more than a straight line, but this time around there’s room for some precise platforming, and this makes for a welcome change.

But there’s also moments when he really is quite slow, and the game’s 2D sections feel particularly sluggish. Usually these are the highlights of a modern Sonic, but here they are some of the worst bits (aside from a strange level when you play as a snowball). This results in a game that is more likely to find favour with those who enjoyed Sonic’s previous 3D outings, rather than those looking for a revival of the 2D games.

There are other problems too, including an outdated ‘lives’ system, an imprecise homing attack, and the frequent cheap deaths you’ve probably come to expect from a Sonic game. Then there’s the wisps from Sonic Colours, which make an unwelcome return. Not only do they feel completely out of place, but they also introduce some poor motion controls into the mix. Finally you have the story, and the less said about that the better really. I know Sonic isn’t known for it’s gripping narrative, but the plot in Lost World is beyond garbage. If you couldn’t skip the cutscenes then this would be a serious problem.

Overall you’ll really have to decide for yourself if it’s worth overlooking the game’s flaws, and if you can I think you’ll really enjoy Sonic Lost World. It’s not another broken/unfinished/devoid of fun entry in the series, and some decent gameplay and graphics actually make it one of the better Sonic games in recent history. The levels are varied, the mechanics are unique, and I respect SEGA for releasing a Nintendo exclusive whilst every other company refuses to out of fear that it wont make them enough money. All of this and there’s not a Werehog in sight.

If you don’t like it play Sonic and the Black Knight and get some perspective.