A few years ago a game like Project X Zone would have never been released outside of Japan. But times (they) are (a) changing, and I’m certainly glad that a title such as this is available in the West, even if it is a strictly specialist game. It’s about as ‘Japanese’ as a videogame gets, and there’s no denying that Project X Zone is a unique, if slightly odd, experience. 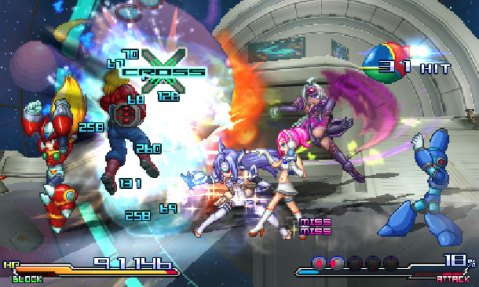 The premise of Project X Zone is a bizarre one; characters from famous Capcom, Sega and Namco Bandai series team up and start teleporting through dimensions to fight evil. It’s honestly one of the most incomprehensible and confusing stories I’ve ever seen in a videogame, and from start to finish I didn’t have a clue what was going on.

In total there are over 200 characters, and even a few I wasn’t familiar with myself. For a Western audience it’s a pretty strange mix, as you have incredibly well known faces such as Dante from Devil May Cry and Chris and Jill from Resident Evil alongside characters from seriously niche games like Shining Force EXA and Endless Frontier (neither of which were even released here in England). Some of the dialogue is okay, and there are a few decent inside jokes, but it all contributes to a narrative that is essentially impossible to follow.

Still, storyline is hardly the main focus of Project X Zone, and this is a decent strategy game that’s also got a lot of fanservice. I’m personally a big fan of the turn based strategy genre, but quite a few of the mechanics took me a bit of getting use to. If you’re familiar with games like Fire Emblem, Advance Wars, and Final Fantasy Tactics then you might have to throw out much of what you already know, as Project X Zone operates by it’s own rules. For instance, using an item on an ally does not require you to be next to them, and it also won’t end your turn. Small things like this meant it took me longer than it should have before I was familiar playing the game.

I’d definitely consider this a weakness of Project X Zone, as turn based strategy games usually aren’t too much fun until you’re good at them. Fortunately, there is a lot of depth to be found once you’re a few hours in, and the combat system in particular is fun to master. This is one of the game’s best elements, and you can unleash up to five characters at once on an enemy to deliver huge combos and large amounts of damage. These fight scenes look amazing, and are great fun to play.

If you’re looking for a decent strategy game for the Nintendo 3DS, my recommendation would have to be Fire Emblem: Awakening. You probably know if you’re the type of person that would enjoy Project X Zone, and if you want to see all you’re favourite characters in a game with decent fighting mechanics and an element of strategy, you definitely won’t be disappointed. 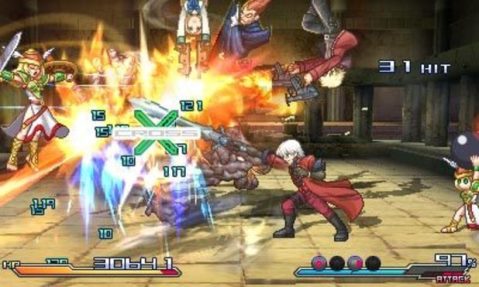