It’s been quite the wait, but this week Twin Peaks has returned after a twenty six year break between its second and third season. In that time, Mark Frost and David Lynch’s cult classic has been hugely influential, and its ambitious storytelling, eerie atmosphere and memorable characters have had a notable influence on many videogames. Today I’ve picked out my top five games that embody everything great about Twin Peaks.

Optional: why not accompany this article with a little music to set the mood?

For a while the Velvet Room felt oddly familiar, and then one day I realised that this was because it’s essentially The Black Lodge from Twin Peaks plus a slight hue adjustment in PhotoShop. The similarities go beyond mere athletics too, with both serving similar purposes to the narrative and both being governed by some equally strange hosts.

The comparison is particularly obvious in the first two games, and there are thematic links that carry across the entire series, but I’ve singled out Persona 4 as the single most similar title. Y’know, the one where the new kid in a small town investigates a series of murders with a supernatural twist. 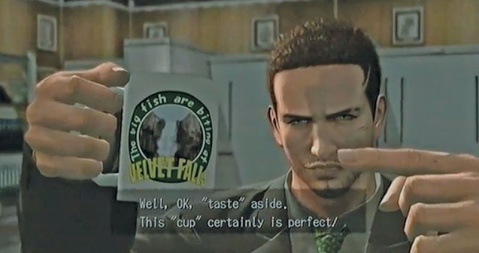 If you had to rename one of the games on this list to ‘Twin Peaks: The Videogame’, this would be the one. Deadly Premonition copies many of the key elements of the show almost exactly, from characters to setting to narrative.

It’s hard to say if Deadly Premonition is actually any good as a game however – is bad enough to be considered good or just plain bad? Still, it’s perhaps the only title that really captures the downright strangeness of Twin Peaks, along with its jarring mix of horror and comedy.

Life is Strange is an excellent game with just enough Twin Peaks influence to group them together as recommendations, without the game feeling like a derivative work or dodgy rip-off. It’s got the small town and it’s got the murder, but unlike, say Deadly Premonition they didn’t have to stick a handlebar moustache on anyone to make them look a bit less like Harry Truman.

Aside from some comparable locations and a  tonne of thematic similarities, Dontnod added in a whole bunch of silly references to hammer home the message that they all really love Twin Peaks.

A game about the police investigation into a small town murder in the early 90s. Virginia not only has the exact premise of Twin Peaks, but its distinct audio and visual aesthetics is reminiscent of the show too.

The comparisons extend into the cinematic style of Fire Walk With Me, with Virginia demonstrating the two step process required to achieve this look. Reflect-y red thing? Check. Don’t forget to italicise the all-caps. 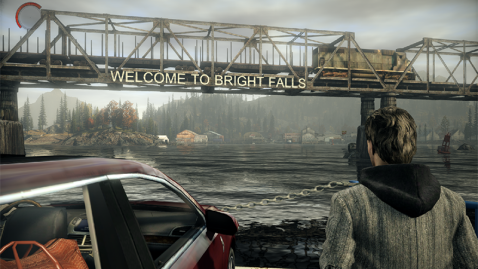 Did you know that there was a live action mini-series called ‘Bright Falls’ that serves as a prequel to Alan Wake? The theme song to Bright Falls is uncannily similar to the theme of Twin Peaks, and the show itself is surprisingly not terrible. Meanwhile Alan Wake is one of the most widely known games to draw heavy inspiration from Twin Peaks, although aside from its supernatural themes and small-town setting there are some other notable influences at play too, and this game would feel equally at home on a similar list for Stephen King inspired games. 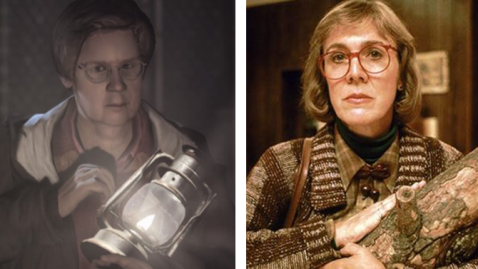 Having said that, Alan Wake does have it’s very own Log… I mean ‘Lamp’ Lady.

There’s one extra game for the list and that’s Mizzurna Falls, which receives the bonus spot as it’s never been released outside of Japan. If you can speak Japanese, or don’t mind not being able to read any of the text, then not only does this game capture the small town murder vibe we all love Twin Peaks for, but is also a very interesting example of an early open world game that paved the way for the likes of Shenmue. That or Deadly Premonition, if Deadly Premonition had PlayStation 1 quality graphics as opposed to PlayStation 2 quality graphics.

I believe a fan translation for Mizzurna Falls is in the works, and whilst the full script is available online, the text hasn’t yet been injected into the game to allow it to (finally) be enjoyed in English.