With Ciel and Sebastian’s adventures at the circus officially over, Black Butler powers on into its next arc; the Phantomhive Manor Murders – and yes, that’s as exciting as it sounds. This time around the genre is mystery, and in its two hour run time Book of Murder fuses together some classic tropes from the detective literature of the period with its own twisted humour and over the top antics. 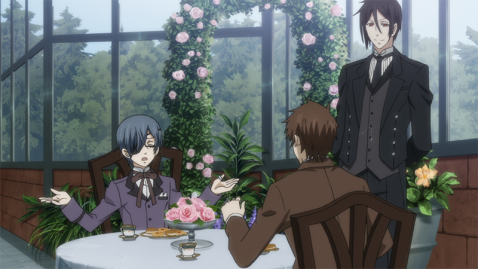 There’s no doubt that Book of Circus ended on a high, but with almost every story strand wrapped up, and most of its support cast, err, ‘missing’, Black Butler rightly wastes no time introducing new characters and themes. But it does this without existing in isolation, and whilst the story is self-contained there are a few smart links that help the progression of the overall narrative. Having said that, early on Book of Murder has an obvious problem; too many new faces and not enough focus on Ciel and Sebastian.

Of course a selection of new characters was necessary to allow for the murder mystery plot to function properly, but most of the new arrivals serve little purpose other than to get murdered, or be suspected of said murders. Overall it’s Arthur who gets most screen time and ends up being most interesting, however this is largely thanks to the clever link between him and real life history, rather than any compelling character development. 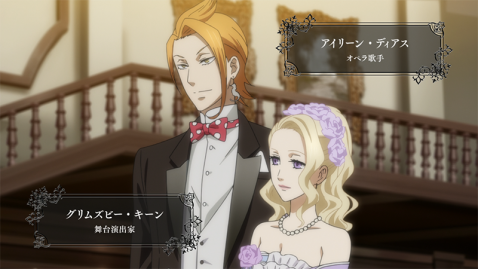 A good portion of the uninteresting new characters are killed off very early on, and when the focus shifts towards solving these murders things become considerably more exciting. Book of Murder plays out like a classic detective novel, and even features a suspicious Sherlock Holmes stand-in named ‘Jeremy’, whose role in the story is nothing short of genius.

Rather than feeling cliche, Book of Murder has a strong sense of self awareness; if it’s not exceeding the genre’s tropes with ambitious new ideas then it’s parodying them or making clever references. Overall the formula feels fresh thanks to Black Butler’s dark humour and unique main characters. No detective fiction I know of includes a demon butler, and Sebastian’s part in the story makes for a very entertaining watch. 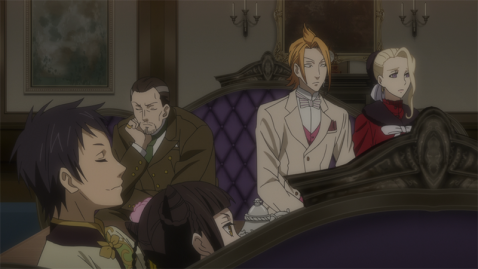 Although Book of Murder begins with some rushed introductions, the story itself is exceptionally well written and satisfying. I took pride in working out one of the murders early on, but the others are the result of such an intricate and complex series of events that the reveal is both unexpected and impressive.

With an overall competent story, it’s only really the format that lets Book of Murder down. It adapts a similar amount of the Kuroshitsuji manga’s volumes as Book of Circus, but condenses it into just over half the run time. Then it’s been uncomfortably split into two OVAs that don’t really work on their own. In isolation part one is unsatisfying, and if you just watched part two, well it wouldn’t make any sense. Yet together the story they tell is really quite brilliant, and a perfect change of pace to follow Book of Circus. As with its predecessor, the writing is notably stronger than that of the now disregarded non-canon material, and shows that Black Butler is still evolving with new ideas. This is most evident in the last half an hour of part two, and whilst it’s perhaps a shame that it takes so long before Book of Murder hits its stride, once it does there’s enough revelations to leave the series on an exceptionally high note. 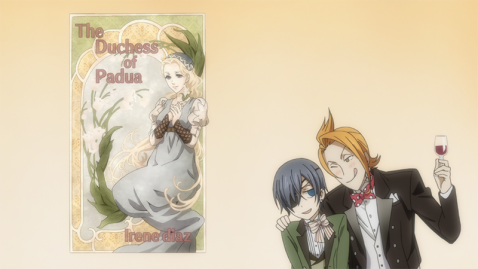