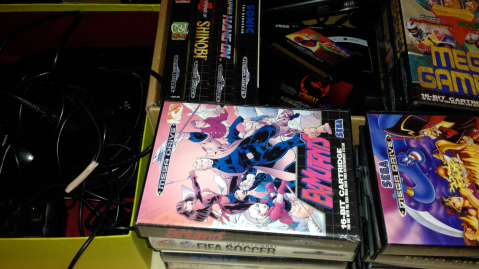 This week I bought a box of SEGA Mega Drive consoles and games. Today I’ve been sorting it out, and will be looking at both SEGA’s classic console and some of the games I’ve picked up for it.

All together I spent £37, which included one bundle at £20, another at £15, and then two games at £1 each. The first bundle included a Model 2 Mega Drive with a selection of games, and the second included two Model 1 Mega Drives (and one box between them) and some more games. In total I ended up with three consoles, five controllers and twenty six games (nineteen boxed with manuals, seven unboxed cartridges).

As you can probably guess, there are some serious deals to be found when it comes to the SEGA Mega Drive. Whilst once a worthy competitor to the Super Nintendo, today Nintendo’s console is retro fun at a significantly higher price. The Mega Drive games in particular are exceptionally cheap, and notable classics such as Sonic The Hedgehog can be bought online for under £5. In comparison, Nintendo games such as Super Metriod or The Legend of Zelda can cost upwards of £50 each.

The main downside I’ve found is that the Mega Drive is quite an ugly console. The Model 2 version is slightly easier on the eye, mainly because it’s smaller, but still isn’t exactly pretty. It also outputs in stereo sound, so of the two this is the version I’d recommend.

The Mega Drive has a huge variety of cheap and fun games, as well as lots of retro oddities that have been lost to history. There were even a couple of titles I picked up that I hadn’t heard of before, and games like ‘Mercs’ and ‘Wrestle War’ are every bit as fun as they sound. Below I’ve written a few quick reviews for some of the games I’ve recently acquired.

I was pretty disappointed with this game, considering how awesome the box art is. I was hoping for something a bit like X-Men, or maybe BlackThorn, but Ex-Mutants isn’t as good as either titles. It’s a generic mix between platforming and combat, neither of which are very fun. The futuristic setting is lame, the level design is bland, and you have no cool mutant powers/weapons. The main dude has a big axe, and it’s pretty rubbish.

Another misleading name, I was expecting some sort of heavy metal or punk rock theme, but in reality there’s nothing remotely ‘psycho’ about Psycho Pinball. It’s not bad though, the ball physics are okay and there’s 4 tables which is impressive. ‘The Abyss’ is definitely the best though, I mean it’s got an octopus on each bumper. The music is a bit annoying and the over saturated colours can be jarring, but otherwise this is a fairly decent retro pinball game.

I remember playing Aladdin on Super Nintendo back in the 90s. The Mega Drive game is even better, and is one of several classic Disney platformers that are still great fun to play. Along with some of the old Mickey games, this is a title I’d definitely recommend.

It takes around one second for your button inputs to register with Super Hang-On, which isn’t great considering you’re racing high speed motorbikes. Other than that it’s okay though, and there’s a fair amount of modes and stages. It might not be as good as it was in the 80s, but Super Hang-On is still quite fun. 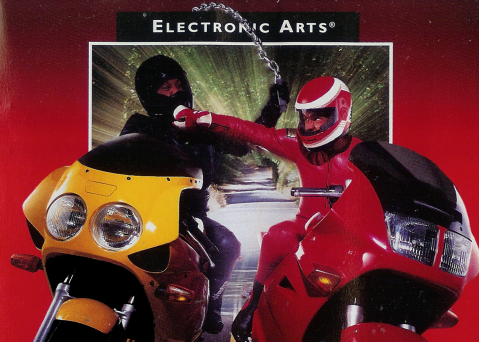 Another fairly decent motorbike game. Road Rash II lets you whip your rivals with a chain, so bonus points there. But personally I reckon some of the later titles in the series are better, and would recommend either of the PSX games.

The Revenge of Shinobi

Completely terrifying box art, fairly bland game. I couldn’t even work out how to use my sword, so admittedly this might be a better game if I had more time for it. It’s a bit like Altered Beast, but you can’t transform into a beast, so therefore worse.