It’s taken me a lot longer than it should have to get around to this review. The fact that I’m still playing NieR Automata is certainly a positive, and now it’s been a few months I can safely say it’s one of the most intriguing and all-round excellent games to come out in a really long time. 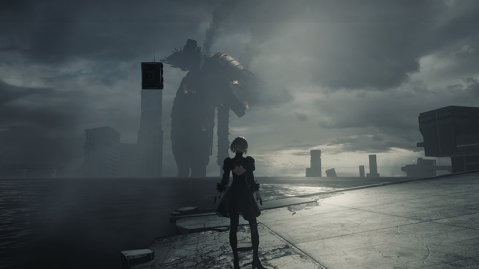 As far as sequels go, NieR Automata triggers a fair few warning flags – a different developer, different characters and a lengthy time gap from the release of the original. Yet all of this ends up working in its favour, and Platinum Games deserve credit for creating a title that both stands on its own whilst also invoking the feel of the original game.

In this regard NieR Automata draws an odd comparison to Transformers Devastation – the way Platinum Games interpreted the Transformers universe is certainly not dissimilar to their take on NieR. The overall experience is a pretty fair split between the satisfying action mechanics the studio is known for, and the experimental game design components that make the original Nier one of last generation’s most intriguing and original games. All of this is held together by a surprisingly compelling story, and whilst it lacks an overall driving force this is overshadowed by the fact that NieR Automata does an astounding job of delivering its narrative through the channels provided by the game’s mechanics. As part of this the game even works in elements such as saving and upgrades directly into the story. Meanwhile the characters, setting and atmosphere feel perfectly crafted, and Keiichi Okabe returns to complement all this with a selection of stunning musical compositions. 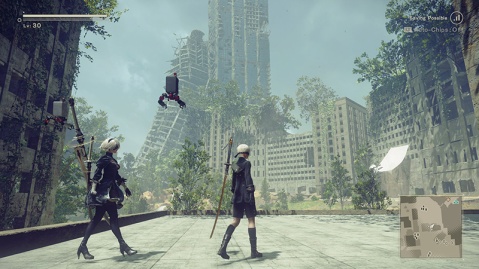 The graphics on the other hand deliver stylistically, but are let down by a few technical faults. Whilst the landscapes make for some stunning screenshots, NieR Automata hasn’t been optimised particularly well and notably on PC – the platform I played through the game on – numerous issues remain fixed only unofficially as part of Kaldaien’s FAR (Fix Automata Resolution) mod. Even then the game still has awful pop-in when anti-aliasing is turned on.

At times the performance issues were detrimental to my enjoyment of the game, but it was always something I tried to overlook due to everything else it does right. With Platinum Games at the helm, NieR Automata is a fundamentally better action game than the original NieR , and when the open world isn’t ‘popping-in’ that bit is also pretty great too. Fighting giant robots comes to a head during a couple of epic set pieces, and these cinematic encounters also stand out as highlights.

Otherwise there’s a lot of surprising and, dare I say it, thought provoking encounters I’m reluctant to divulge here from not wanting to ruin the surprise. NieR Automata brings back the ethos of the original in the way that it experiments with both genre and traditional game components, and combining this with the game’s varied world means that it manages to deliver unexpected and satisfying moments throughout the main story. Overall it’s everything a sequel should be – it improves fundamental elements from the first game, keeps many of the ideas that made it great, and still somehow manages to feel original. 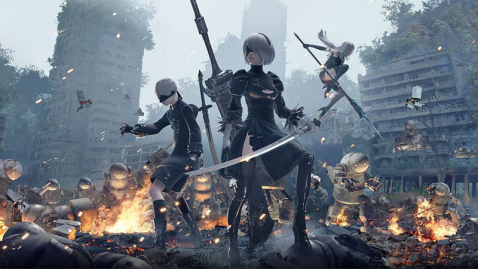