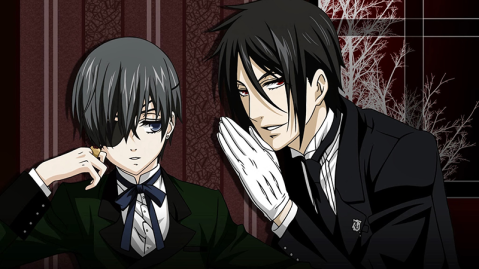 Ciel Phantomhive is thirteen years old. He’s the head of a noble family, runs a toy manufacturing company, and lives in a massive mansion. Oh, and he’s also got a demon for a butler. As you’d imagine, life is pretty great for Ciel. Well, aside from the dubious ‘contract’ he made with butler Sebastian, and the unfortunate murder of both his parents. Still, on the plus side he’s got an awesome butler with an awesome catchphrase. You see he’s simply… 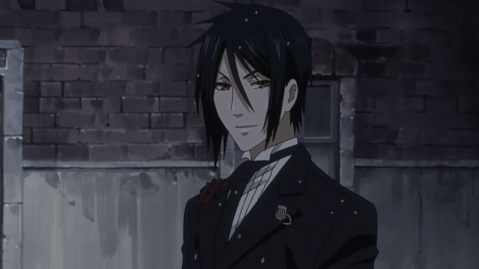 One hell of a butler.

He really is. At its heart, Black Butler is about the complex relationship between Ciel and Sebastian. The closets comparison I can imagine is Spice and Wolf (although in this case wolf would be a small boy) and both shows even use the same English voice actors; the exceptionally talented J Michael Tatum and Brina Palencia. Admittedly the focus isn’t quite ‘will they won’t they?’, but the two still play off each other in an intriguing way, and watching their master/servant relationship play out is huge fun.

Whilst this sounds strange, it makes for a genuinely compelling anime, and I can’t stress enough that both Ciel and Sebastian are incredible characters. Because of their unusual design I’m not exactly sure who the show is aimed at, but the majority of Black Butler is light hearted, silly, and devoid of anything remotely explicit. For these reasons it should be a great watch for teens and up, and for the most part it is. For the most part. 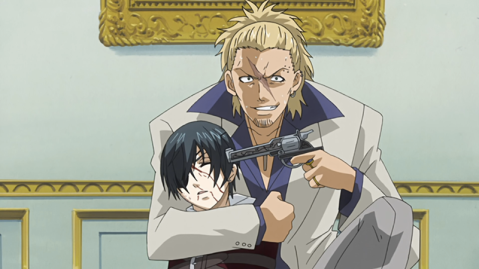 Every now and then Black Butler provides us with a scene, or maybe even only a small moment, that massively contrasts in tone compared to the rest of the show. Sometimes it’s something simple, like guns being pointed at kids, and then there’s one episode where Ciel dresses up as a girl to seduce a man roughly twice his age. What’s perhaps most disturbing is that for the most part Black Butler is so much fun, but somehow storylines involving torture, slavery, and dead prostitutes are woven into the mix.

Because of this I found it quite difficult to initially gauge what kind of show it is trying to be. Adding to this confusion is some sporadic pacing, with storylines lasting for seemingly random amounts of time. In particular the Jack the Ripper plot felt like it could have carried the entire season, but only a few episodes later and the mystery is unraveled and the next story has begun. This still ends up being one of the series’ longest arcs, and in between events taken directly from the manga are smaller episodic storylines that can make the transition between volumes awkward. 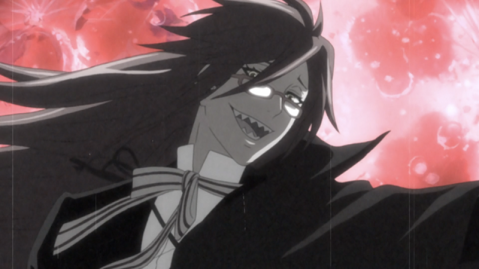 However, there’s plenty to enjoy, and the show gets away with falling back on the strength of its characters whenever the story slows down. Whilst the erratic pacing and varying tone may be off-putting for some, I found Black Butler to be always enjoyable, and it’s likely to entertain anyone who isn’t easily offended. If you like the sound of an unpredictable and exciting anime then it’s an easy recommendation. 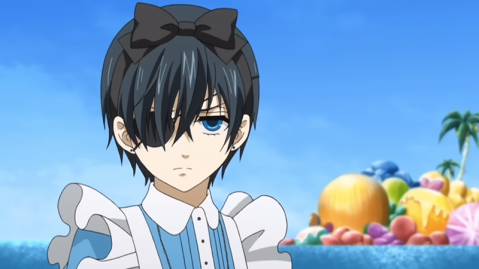 After fifteen episodes the first series of Black Butler overtakes the manga, and in its final arc effectively concludes the story with its own original ending. For me personally the last couple of episodes were a little underwhelming, and I was left wanting more.

Enter Black Butler II. Chances are that if you did like the ending to season one you’ll be a little disappointed by how certain events from the first series are disregarded, but this was undoubtedly necessary to allow for the story to continue, and in my opinion it makes way for a series that totally delivers.

Black Butler II relies entirely on new material that was written specifically for the anime. This was certainly a gamble, as is the introduction of some new characters, but overall the series has a stronger focus and an overarching storyline that draws the episodes together nicely.

The tone is also more consistent, although anyone looking for another ‘Ciel in a corset’ scene will be disappointed. In some ways this is a bit of a shame, especially considering that anyone really put off by these elements is likely to have already stopped watching by this point.

After twelve episodes and another controversial ending (which this time I actually quite enjoyed), there’s six OVAs to round off your Black Butler experience. These are a complete mixed bag and the ‘making of’ episode in particular hits and misses on a joke by joke basis. Still, they’re a nice little extra that effectively lengthens season two without the story suffering from any padding. 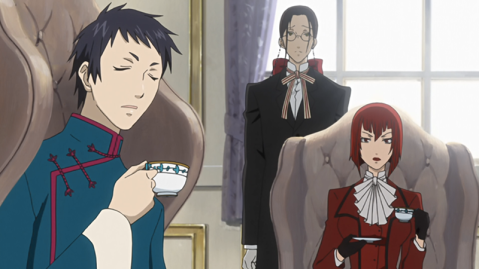 ***There’s now a third series of Black Butler titled Book of Circus, but it doesn’t follow on from Black Butler II and instead picks up the manga from where it diverged from the anime. You can check out my full review for Book of Circus here.***

Although some of the show has now been disregarded as ‘non canon’ I’d really recommend all of Black Butler. At times it’s far from perfect, but has a couple of qualities that made me more than willing to overlook its flaws. First there’s the characters, and it’s because of them that the show leaves such an impression. Secondly there’s the fact that it’s so enjoyable to watch. Black Butler is pure entertainment, and one hell of an anime. 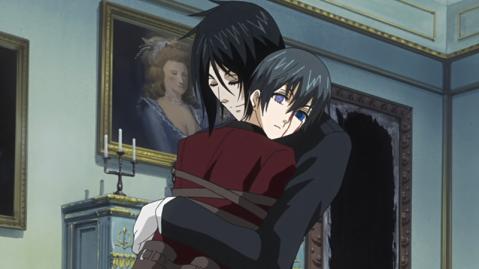