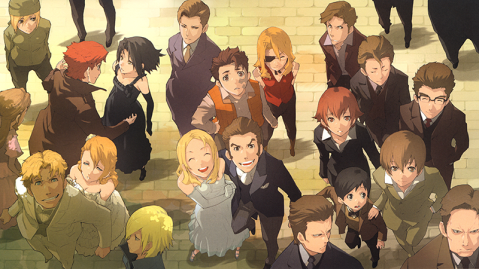 Much of the first episode of Bacanno! is spent discussing the nature of stories, with some pretty heavy meta commentary asking if the one it’s about to tell can have either a main character or a true beginning. This is spliced between a series of seemingly random (yet still totally awesome) scenes all focusing on different people from the show’s massive cast, and all presented in a non-chronological sequence. Confusing? Maybe a little at first. Good? Probably the best thing I’ve ever seen. 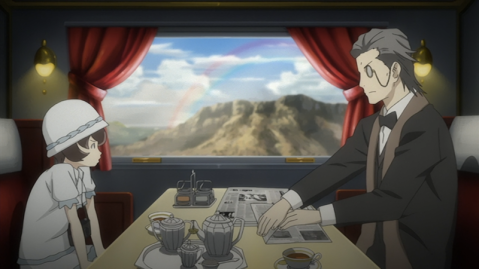 Understanding what’s going on might take a couple of episodes, but Baccano! predominantly revolves around three main interwoven storylines. Three bottles of immortality elixir are passed around prohibition New York, two gangs attempt to hijack a transcontinental train known as The Flying Pussyfoot, and a young girl searches for her missing brother. These stories are all connected, and roughly involve the same main cast of eighteen people, who range from thieves, assassins and mobsters, to alchemists, psychopaths and a child who’s older than he looks.

There’s enough variety for everyone to have their own personal favourite (Claire Stanfield, obviously) but pretty much all of them are highly compelling, and each has their own unique and enjoyable story. They give the show an unrivalled level of substance, and ensure pure entertainment from start to finish. 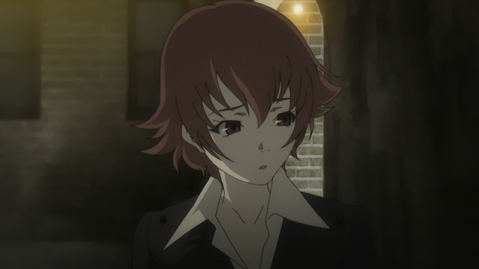 But where Baccano! sets itself apart (as an exceptional anime, not just a very good one with a lot of really cool characters) is in its ambitious storytelling. Whilst at first seemingly random, Baccano! actually reveals its events in an incredibly well thought out way that results in maximum impact and payoff for the viewer. The story itself may jump about chronologically, but the narrative has a clearly defined arc that builds to an electrifying conclusion, before warping back on itself with the last episode flowing nicely into the first one.

This works because Baccano! is designed to be watched more than once, and the show is not only good enough to warrant multiple run throughs, but has so many layers that it becomes a necessary requirement if you want to fully understand it. This is made easy thanks to the fact that first few episodes in particular are undeniably better the second time around. There’s simply so much detail, and Baccano! is packed from start to finish with small, perfect touches that really add to the experience. I love the hilarious ‘Next time on Baccano!’ sections narrated by Isaac and Mirria as if they’re watching the show, and I love the awesome episode names. I also love the amazing theme song (Gun’s and Roses by Paradise Lunch) and the incredible opening, I really cant get enough of that.

Baccano! is also incredibly violent, I love that too. The show has a clever use of immortality that allows for the main cast to constantly attempt to kill each other, and makes their lack of success believable. But whilst conflicts don’t always result in death, they still carry significant consequence, and both the immortals and those who aren’t face serious injuries and punishments when things don’t go their way. 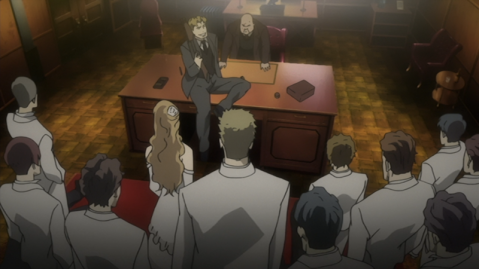 Baccano! does have a couple of small problems (I’m not counting ‘too difficult to follow’, that would be a problem with the viewer), however these are incredibly minor, especially compared to amine such as Death Note or Steins;Gate which demonstrate competence on a comparable level for the most part, but still contain a couple of notable issues. The main problems with Baccano! lie in how it has been adapted from its source material (a series of light novels by Ryohgo Narita), but if you know what to expect then there shouldn’t be any nasty surprises.

Although technically sixteen episodes, the main stories in Baccano! all pretty much conclude after thirteen. Whilst it could be argued that at this point the anime runs out of steam (awesome pun for a show that’s largely set on a train) the fact is that the final three episodes were a DVD bonus, were never shown on TV, and mainly deal with additional storylines from some of the other novels. Low ratings (the world is truly a bad place) meant the show wouldn’t get a second series, and whilst this means the story doesn’t finish at its climax, it’s nice to see the additional content represented in some way. 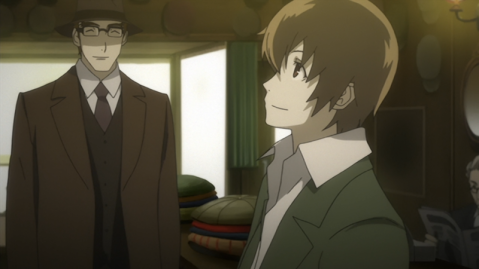 With so many characters and storylines, Baccano! could have been a bit of a train wreck (second awesome train pun), but instead it demonstrates the incredible results of uninhibited ambition and talent. Everything about the show is incredible, it’s so good that I can only really comprehend how amazing it really is whilst I’m watching it. If I could always recall just how unbelievably awesome it is, I think my brain just might explode. As well as an amazing atmosphere and sense of character, Baccano!’s storyline has around four or five truly jaw dropping moments I cant even begin to mention because of the spoilers. Overall is Baccano! my favourite anime of all time? Yes. It comes highly recommended. 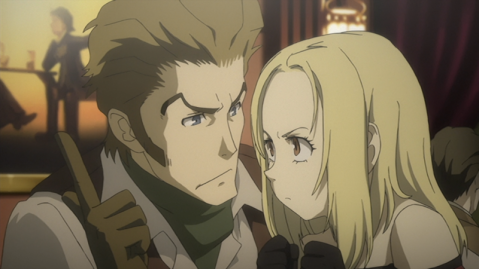