Ouran High School Host Club isn’t a perfect show, but it’s one that stuck with me more than most. The characters take priority over story, and the result is charming, hilarious, and inconsistent. It’s both original and unoriginal at the same time, but if you put the problems to one side you have an anime that is for the most part is a complete joy to watch.

The show follows Haruhi Fujioka, who on her first day at Ouran High breaks a priceless vase belonging to the school’s Host Club. She herself then joins the Host Club, disguised as a boy, in order to pay back her debt. Whilst the whole ‘girl pretending to be a boy’ thing isn’t exactly original, the way the show breaks the fourth wall, and plays with many anime stereotypes, is. In particular, the traditional male and female roles have been reversed, and the overtly sexual male characters are a surprising twist likely to make anime fans smile.

I should point out that this isn’t a show that takes itself seriously. It knows exactly what it’s doing and because of this it’s exceptionally cleaver in the way it is funny. I’ve seen enough anime that something truly shocking is now a rarity, but Ouran is so creative in the ways it is inappropriate that it never fails to surprise.

Throughout it’s 26 episode run the charm oozing out of the main cast doesn’t wear off, and Ouran’s greatest strength is it’s characters. They are all extremely likeable, and because of this the show gets away with having specific episodes that only focus on or two of them. They also make it an extremely easy anime to get into, and I was hooked after the first episode.

Unfortunately the story suffers quite badly from a lack of direction, and the first half in particular has very few events of any actual significance. Towards the end things do seem to pick up, and the last four or five episodes are superb. Ouran is one of those anime that overtook the manga, so perhaps it’s best that it doesn’t rely too much on story considering that in concluded four years before the actual ending was written. In some ways this is a shame, and the ending of the manga is really good. I’d love to see an Ouran movie or even just a series of OVAs that catch up with the characters and show some of this content. 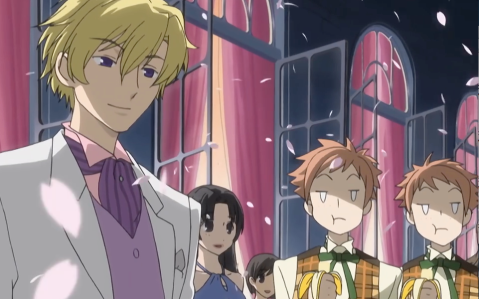 Despite a few major flaws, I felt a sadness when Ouran High School Host Club came to an end. It’s one of those shows I’d consider impossible not to love, and is worth watching for the humour alone. If you think you’ve seen everything the highschool anime drama has to offer, then think again. Ouran never fails to surprise. 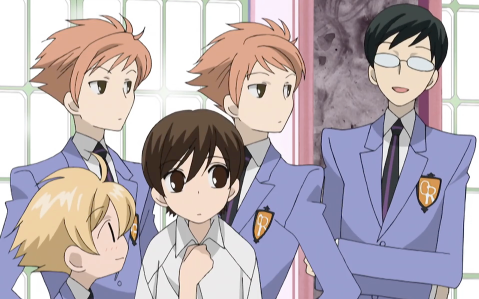