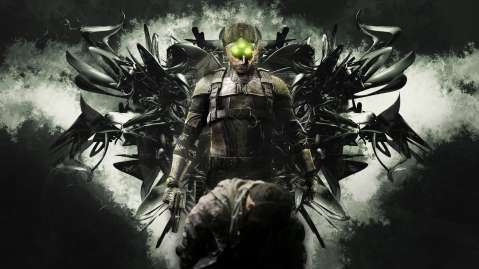 I’ll admit that I loved Splinter Cell: Conviction. Nothing too unusual about that, but I was also a huge fan of the original Splinter Cell trilogy. I know for a lot of people the action oriented gameplay in Conviction was a misstep, but for me it worked, and I thought the game was great fun to play. Alongside Double Agent we had two games that attempted to reinvent the series, but Blacklist brings back gameplay far more familiar to the classic games that once won us all over. You gotta go there to come back, right?

In all honesty I was at first a little disappointed by how different to Conviction this new Splinter Cell plays. The tactics that used to work (shoot everyone in the head silently and quickly) are made more difficult thanks to smart level design and and some less accurate weapons.  I quickly realised that this is a game where you need to spend a lot of time crouched in the shadows, and this feels a lot like Chaos Theory. This isn’t a bad thing, in fact once I was a couple of hours into the story I began to remember exactly why Splinter Cell was so good in the first place. Blacklist is an intense game that’s always entertaining and doesn’t let up for a second. 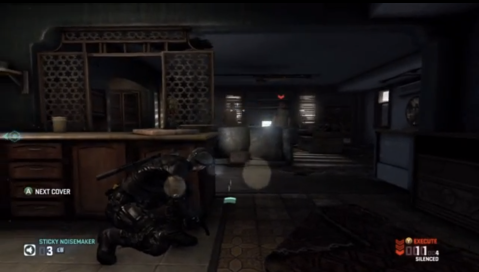 Everything that was once great about Splinter Cell still is, although the game also borrows some of the best ideas from the newer titles in the series. The storyline is certainly worth mentioning, and just like Conviction, Blacklist has an excellent story that hasn’t been praised enough. Whilst at first it’s characters may appear slightly generic, this feeling is quickly lost as they fail to fit the stereotypes you might imagine. Grim for instance isn’t just the generic female character who does what she’s told, and watching her and Sam argue over a mission briefing is compelling stuff. Then there’s Charlie, who at first seems to be the generic hacker/smartass character who can’t help cracking wise at any possible opportunity. But when he’s jokes start to seriously piss people off, things start becoming a lot more believable, and a lot more interesting. No one is one dimensional, and this gives the story an edge over many similar action games.

The Blacklist itself is an interesting idea, and everything is held together by the looming threat of a terrorist attack you’ll spend the entire campaign trying to stop. Unlike Conviction (which began at the end) things in Blacklist start simple and develop quickly. With constant mentions of ‘nerve gas’, and the soothing tones of Carlo Rota you’d be forgiven for thinking you were in the middle of an episode of 24, and y’know what, that certainly isn’t a bad thing. 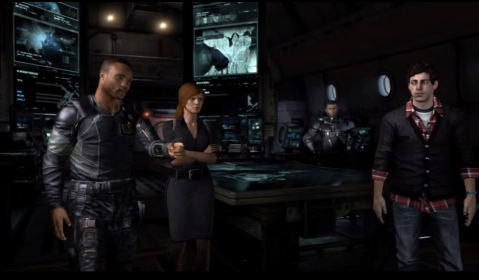 Graphically, Blacklist may not be the best looking game ever, but there’s still a lot here that will impress. Many of the levels have a strong sense of verticality and when you’re rappelling down a wall or throwing a sniper off the roof of a building the results can look pretty spectacular. Most of the missions are set at night, but there’s still a substantial variety in setting and a few daytime levels help keep the game interesting from start to finish. You might not get to storm the White House this time around, but there’s still some damn good level design to be found. 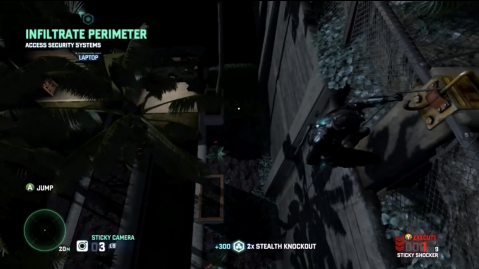 Overall it would be difficult not to recommend Splinter Cell: Blacklist. There are a tonne of upgrades, unlocks and several different ways to play each level. This makes it a game worth coming back to, and that’s without even touching upon the co-op missions and competitive multiplayer. For old school Splinter Cell fans this game is a must, but at the same time you don’t need to have played any of the previous titles to get full enjoyment out of the game. It’s probably for the best that we didn’t just get another game like Conviction, and it’s been so long since Sam returned to form that now in 2013 Splinter Cell feels highly original, whilst also staying true to its classic roots. 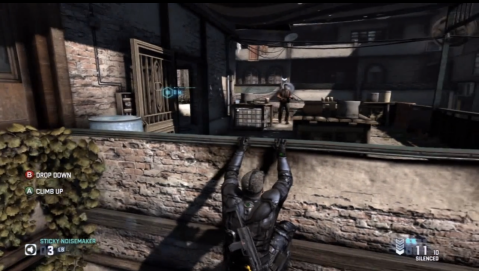