Gankutsuou is a modern retelling of a classic story. Adapted from Alexandre Dumas’ The Count of Monte Cristo, Gonzo’s 24 episode anime takes some fantastic source material and turns much of it on its head, whilst retaining most of the brilliance found in the French novel. The result is a visually spectacular anime with the thematic complexities of one of the greatest revenge stories ever told.

Most of the characters meet the same fate as they do in Dumas’ classic, but along the way Gankutsuou manages to tell a different story. This is both the greatest strength and weakness of the show. Gonzo’s version follows Albert de Morcerf, and we see the book’s events from his perspective rather than that of The Count himself. Because of this the point at which the anime begins it not the start of the novel, but rather about 200 pages in. This results in a fairly uneven opening, and whilst the first couple of episodes aren’t bad, they do focus on both characters and locations that are of little significance later on.

It’s also worth pointing out that Gankutsuou is set in the very distant future, and not the 19th Century, although this isn’t perhaps as significant as you’d think it would be. The society we are presented with is similar to that in Dumas’ novel, and other than the Count’s ‘space sickness’ there are few major changes. What the futuristic setting does allow for is some stunning visuals. Gankutsuou is one of the best looking anime I’ve ever seen, and its unique texture effects are stunning, and give the show its own distinct feel. Occasionally there are some rather surreal CGI elements that seem a little out of place, but other than that I have pretty much no complaints when it comes to how Gankutsuou both looks and sounds.

I first watched Gankutsuou before reading Dumas’ book, and actually found much of what made it engaging turned out to be narrative alterations. The Count himself is of questionable morality, and his motives remain unclear for a large portion of the show. This works great; as Albert’s life falls apart we see him become more and more dependant on The Count, but at the same time we become suspicious of his true motivations. Nothing is black and white, and the show strikes gold for about five episodes in the middle where agendas clash, people get hurt, and what is happening is emotionally complex. There are so many great characters, and the villains in particular are well-crafted. 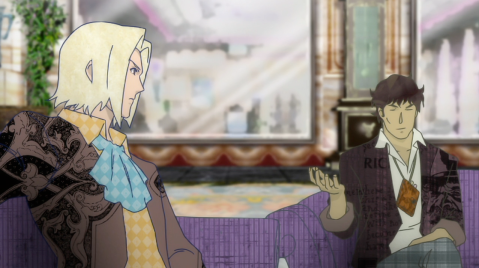 In fact, the only character I felt that was occasionally lacking is Albert, and whilst his innocence and nativity is kind of the point of the show, he does come across as a bit one dimensional at times. It would be easy to argue that he’s supposed to be like this, but as a main role I didn’t find him as interesting as The Count, who is without a doubt the real star of the show. Unfortunately, in the last third of the anime things become thematically simpler. Characters are pushed into either the good or evil category and we are no longer emotionally conflicted. In the book this works, but that’s because the book is a revenge story. Gankutsuou on the other hand is a story about growing up, and most of Albert’s more interesting life lessons occur somewhere in the middle. 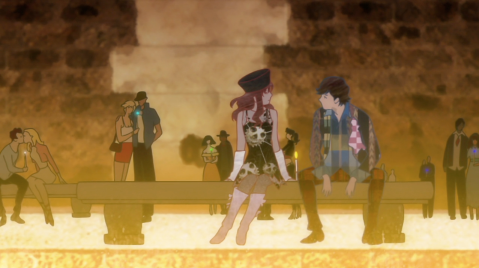 Whilst at times flawed, the good bits alone make Gankutsuou an absolute must watch. Rarely does a show this stunning have such depth, and when what’s on the surface is matched by what’s underneath the result is immensely compelling. Watch this show, fall in love with its characters and get lots in its story. And until then, bide your time and hold out hope. 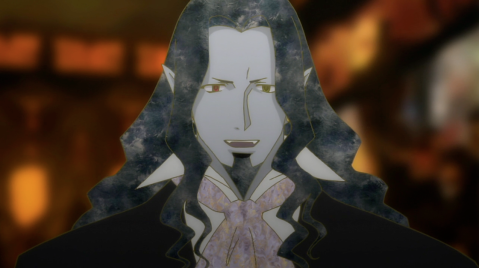