13 games to play this Halloween 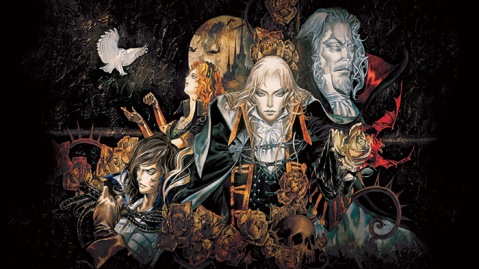 With Halloween less than a week away I’m sure there’s only one thing on everyone’s mind; appropriate games for the occasion. This could be a terrifying horror game, an atmospheric Gothic adventure, or maybe just something with a giant pumpkin boss. Whatever you’re into there’s probably something for you in my list of Halloween recommendations. 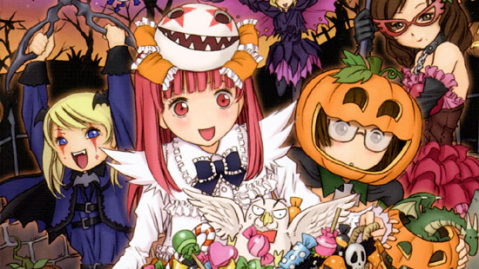 I’d recommend Deathsmiles any day, but it’s particularly appropriate this time of year as the entire game is set on Halloween. It also stars a cast of witches, the first level is called ‘Halloweentown Aflame’ and the first boss appears as a pumpkin before transforming into a giant grim reaper. If you’re not convinced just yet you can check out my full review of the game here. 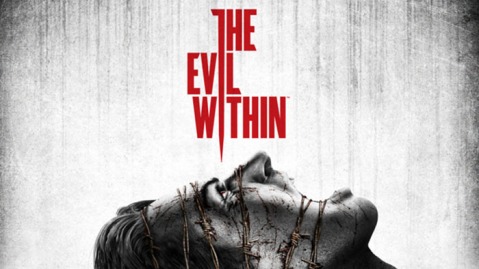 If you’re looking for a scare this Halloween then The Evil Within is an obvious choice, but also a great one. With many older survival horror games it’s often the archaic mechanics that help make for such a terrifying experience, but The Evil Within comes packed full of modern sensibilities whilst also retaining both the exceptional ‘survival’ and ‘horror’ elements found in Shinji Mikami’s previous work. Basically imagine Resident Evil 4 but it’s easier to turn around and you can save your game as much as you like.

Buy The Evil Within (eBay)

I’m not sure what’s stranger, the fact that Mario made his debut on the GameCube being shot out of a futuristic washing machine, or that the concept of sucking up ghosts with a vacuum cleaner made for one of the console’s best launch games. Still, Luigi’s Mansion was a great game, the vacuum mechanic was actually pretty innovative, and its spooky setting makes it the perfect game for Halloween.

4. Castlevania: Symphony of The Night (PlayStation)

So there’s this series of Gothic adventure games where you play as a vampire hunter who fights Dracula. You might have already heard of Castlevania, but Halloween is a great reason to return to pretty much any game in this classic series. Apart from the 3D ones, I’ve never been that crazy about those. If in doubt there’s one called Symphony of The Night, that one’s pretty great. 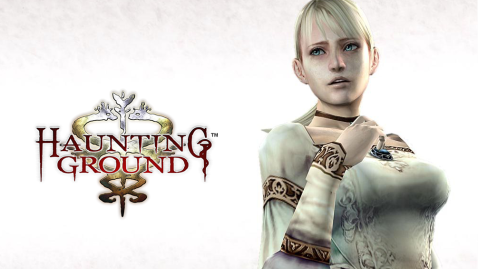 Do you like the sound of a horror game where you play as a helpless and very pale looking girl accompanied by a fairly useless dog? If so then Haunting Ground has you covered. It’s not a perfect game by any means, but if you’re looking for a scare then this is one of several lesser known horror titles (Kuon, Clocktower 3, Echo Night ect.) for the PlayStation 2 well worth checking out.

Resident Evil is iconic; it’s spawned countless sequels and a series of terrible movies. The first game is still my favorite, but it’s specifically the GameCube remake that I’d recommend. On top of various mechanical improvements, this version updated the graphics to such a standard that they still look impressive today. Of course Capcom was cheating as the entire mansion was pre-rendered, but the awful camera only increases the terror as you wander around lost in an incredibly scary mansion. Then there’s the horrible controls, high difficulty level, and archaic game design, these all add to the fear too. 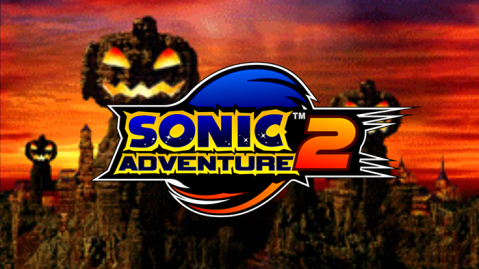 Fans of Sonic Adventure 2 probably know which specific level I’m talking about here; Pumpkin Hill. Whilst in most regards the Emerald hunting sections of the game are nothing short of horrible, if you overlook the bland scavenging objective you’ve actually got a pretty cool level to explore full of pumpkins, ghosts and a haunted train. All of this is made even better by the awesome music, and the Knuckles rap remains a true classic…

In contrast to the other horror games on this list, most of which are Japanese, Alan Wake feels far more like the videogame equivalent of a Stephen King novel, and it’s the strong narrative that will hold you in suspense over the more action focused level design. King was such an influence on the story that Remedy Entertainment sent him copies of the game, but he was apparently unable to play them as he doesn’t own an Xbox. Bad times for Stephen King, but for everyone who does own a 360 this is a game I’d definitely recommend.

In fact any game in the Ghosts ‘n Goblins series comes recommended as a great retro game to play this Halloween. The PSP reboot in particular has always been one of my favorite games for the console, as it successfully retains the spirit of the classic series but modernisises it in an effective way. But whichever entry you decide to go with, there’s more than enough zombies and demons to get you in the Halloween spirit. 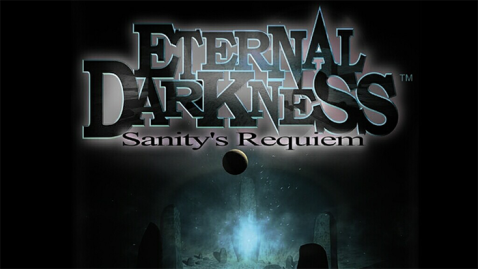 Still one of the GameCube’s most interesting and unique games, Eternal Darkness does a lot of cool things other titles don’t. Of course I’m talking about the way the game breaks the fourth wall in an attempt to make the player think they’re going a bit mad. The result is an original game that will creep you out in many creative ways.

Luigi’s mansion wasn’t the first time Mario and friends delved into the realm of Halloween themed content. There were haunted houses in Super Mario World, another in Mario 64, and then the excellent Horror Land in Mario Party 2 where the characters dress up as wizards. But these efforts are topped by Pumpkin Zone in Super Mario Land 2: 6 Golden Coins, a set of four spooky levels that take you from a creepy cemetery to a haunted mansion, ending with one of the most memorable (and toughest) boss fights in the game where you face off against Sabasa the witch. 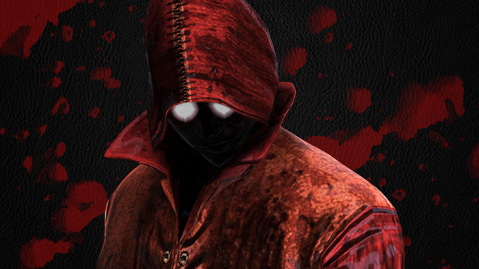 The scariest thing about the original Deadly Premonition is probably how bad it it, although the director’s cut version elevates this to a ‘so bad it’s good’ level for the most part. It’s an utterly strange game, and because of its genre now is the perfect time to check it out if you haven’t already. 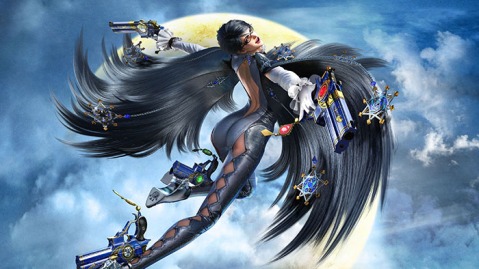 At the time of writing Bayonetta 2 hasn’t been out very long, although everyone’s favourite witch has made her return just in time for Halloween. Ironically the game actually begins at Christmas, but after a few scenes, including Rodin dressed as Santa Clause, you’re back to a story of angels, demons and witches that feels perfectly suited for Halloween.

5 responses to “13 games to play this Halloween”