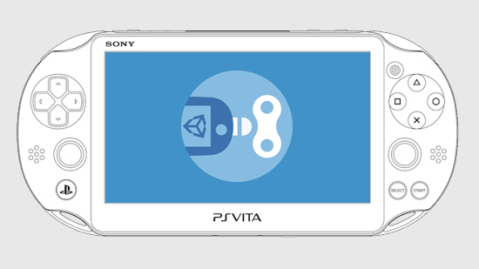 It’s been a while since I last talked about making games at Dracula’s Cave, but behind the scenes things have been really busy. There’s a few big announcements I’m not quite ready to make just yet but in the meantime there are two large updates I’ll quickly detail today.

O.C. has been Greenlit

This is amazing news. For those who don’t know, Greenlight is the process independent game makers can use to get their game on Valve’s Steam service. You pitch your game to the community and those with enough votes get approved or ‘Greenlit’ for distribution through the service. It’s been nine months since I added Orange Cube to Greenlight, and since then it’s changed a lot. Of course I want to say a massive thank you to everyone who did upvote the project – I’d like to think you saw beyond what I presented and into the world of potential.

The game I’m going to eventually release on Steam will be significantly more ambitious than the Orange Cube I demonstrated last August. For a while now I’ve been concerned that I made the reveal too soon, although oddly now that I’ve achieved my initial goal there’s not so much of a lesson to be learned. Still, it’s a mistake I don’t want to make again, so for now I’ll hold off on showing anything new until I’m really ready. Today the message is simple; I’ll be releasing on Steam, please look forward to it.

PSM is shutting down

So Sony is going to close down its PlayStation Mobile service. This isn’t quite new news (they made the announcement a couple of months ago) but it took a while for me to decide exactly what this meant for my own project; a PS Vita version of Orange Cube. This was something I previewed last December, and although the video only shows a small element of the game the overall build was actually fairly substantial.

When Sony made its announcement they listed a few key dates and whilst the PSM store will close in full on July 15, the final day to submit content is May 31st. Like I say, in comparison to the teaser trailer the game was pretty large, but it wasn’t close to being finished. I was originally considering rushing it to completion, but now I can say with certainty that it won’t be ready before May 31st. On top of the technical issues I’d have needed to sort out there are many great features I’ve added into the main game since development started on the PS Vita version, and none of these have been ported over. I could have maybe got something out before the deadline, but what would have been the point when it would have taken so much work and I wouldn’t have really been happy with it.

I guess I feel the same way most other people seem to about the closure of PSM. Sure, it wasn’t the best service in the world, and closing it isn’t such a tragedy when Sony wasn’t fully promoting it anyway, but what it offered to developers was enticing. Firstly it was free, and could be used with Unity for free. Then there’s the console itself; the PS Vita is great for smaller games, and has better input options than a touch screen device. Currently no other consoles offer the accessibility towards independent developers that PlayStation Mobile offers, so its closure will be a real shame. Undoubtably there will be future services that will offer something similar – in the next five years or so I’d imagine the options for smaller studios to publish on consoles will be greatly expanded from they are now.