Guide: How to Complete Absolutely Everything in Muramasa Rebirth 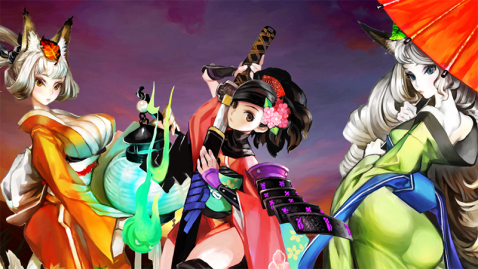 Completing everything in Muramasa Rebirth can be a little confusing, but mainly because the order in which the game’s post-completion tasks should be tackled in isn’t always clear. Once you’re done with the main story there’s still a lot to see and do, so here’s a spoiler-free guide for anyone who wants to make sure they get the most out of the game.

The focus of this guide is to help you see everything the game has to offer. Once you’ve completed the main story you’ve got three main tasks that you can now turn your attention to; completing the Caves of Evil, forging all 108 swords, and unlocking the additional endings. I’ve written some tips here for how to play Muramasa like a pro, but in this post I’m going to set out what I’d consider to be the most productive sequence to tackle the game’s content in. This order must be followed to a certain extent, but it’s only a guideline, and nothing in Muramasa is really ‘missable’ so you can always explore at your own pace then pick up the guide if necessary. There’s also trophies to unlock, and I’ve added additional tasks in brackets that I’d recommend following if you’d like to collect these as you go. 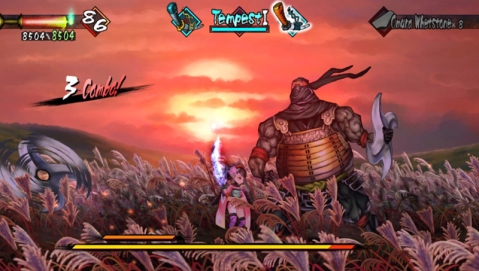 Order for unlocking all 108 blades, completing all caves of evil and seeing all six endings:

1.) Complete game as both characters. You can technically begin step two after completing the game once, but you will need to have beat it as both Momohime and Kisuke for later unlocks. Doing it first will help you master the game and prepare you for the challenging Caves of Evil that follow. At this point you don’t have to worry about the other endings; these are unlocked by replaying the final boss fight once you’ve got swords unlocked later on.

(View all Hotspring Events). If you’re after an easy silver trophy then now is the time to get it. Simply locate any Hotspring (marked on the map by what looks like a bread roll with steam coming off it) talk to whoever’s there, leave, talk to the monkey to enter again and repeat. Once you enter the Hotspring and no one is there you’ll know you’ve seen all the events, you can now do the same as the other character and the Trophy will unlock.

2.) Begin clearing Caves of Evil. For now you can pick whichever character you like to begin clearing the Caves of Evil. All of the earlier caves are really easy, and are a good opportunity to quickly level up. Click here for my list of where you can find the Caves and the best order in which to approach them.

(Remember to cut down any barriers you find). There’s a Trophy for cutting down all barriers on the main road as both characters, and this will be a lot less effort if you cut them down as you go, rather than waiting till you’ve done everything else. You can buy maps off traders to see exactly where these barriers are (marked as padlocks on the map) or if you noticed any unexplored roads leading to different locations you can check them out as you find them.

(Fight Sea Monster and see mermaid). There’s also an optional boss found by taking the boat at Izu (it won’t show up the first time, but will every time after that till you defeat it). I’ve written some full strategies for tricky bosses including this one that can be viewed here. Defeating the Sea Monster will net you a Silver Trophy, and you can then unlock another by taking the boat at Izu once more when you’ll see a mermaid.

3.) More Caves of Evil and other character’s bosses. Completing more Caves of Evil will level you up fast, but their difficulty increases quickly too. For additional experience I’d recommend fighting the other character’s bosses, which are now accessible at the ‘?’ icons found on the map. Each is also guarded by a spirit barrier which you’ll need to cut down if you’re after the Trophy mentioned above. You can also fight your own character’s bosses again, and fighting both will be necessary if you want to collect all the game’s accessories (full list here), but these aren’t protected by spirit barriers.

4.) Ending #2. Once you’ve completed the game as both characters you’ll technically have the swords necessary to unlock the game’s second ending, but you probably wont be a high enough level to equip them. Once you’re about level 50 this stops being the case, so equip both the Threads of Fate and Descent into Misery and you’re ready to go. Simply retrace your steps to the final boss (marked with a red flag on the map) and a new set of events will unfold.

5.) Do Steps 2 to 4 again as the other character. This and Step 6 can be completed in either order, but both are required to unlock all the swords in the game. As swords are shared between characters you’ll need to complete Ending #2 and both Momohime and Kisuke as each unlocks a different sword for your collection.

6.) Even more Caves of Evil. You’ll also need three swords unlocked by completing three of the White Caves of Evil (for locations see my list here). The final cave of evil might give you a bit of trouble (it did for me at least) so you might want to leave it till you’ve done Step 7 and have the best swords in the game.

7.) Forge all the swords. All those Caves of Evil should have hopefully pushed you up to around level 90. If you’re a bit less then forging all the swords should still be possible as long as you’ve got enough souls, but you wont be able to equip the Oboro Muramasa till you’re around level 92. You’ll want to travel to any restaurant in the game and eat everything they sell to top up your spirit level. Eat, forge, find a new restaurant if necessary, repeat. The previous steps should have netted you all the unlockable swords so this is the only thing left between you and the Oboro Muramasa.

8.) Final Cave of Evil. I’d leave this to the end simply because it’s quite hard, and I found the Oboro Muramasa helped me complete it. For tips on how to complete this Cave click here.

9.) Ending #3. Equip the Oboro Muramasa, follow the red marker, and face the final boss. Compared to the last Cave of Evil this shouldn’t cause too much trouble. Once you’re done you’ll be rewarded with your characters third and final ending.

10.) Do steps 6, 8 and 9 again as the other character. You don’t need to do Step 7 again as the characters share swords, but unfortunately your second character wont be a high enough level to equip the Oboro Muramasa. Completing the Caves of Evil again (and additional bosses if necessary) will fix this problem, and net you a well earned Gold Trophy in the process. Once you’re around level 92 for the second time you can unlock the last ending you’ve not yet seen.

At this point you’ll have seen pretty much everything the game has to offer, but there’s still more for you to accomplish if you want to get the remaining trophies. For my guide on collecting the game’s accessories, please click here. There’s also Chaos and Fury mode, as well as some DLC that I hope to cover in a future guide at some point. 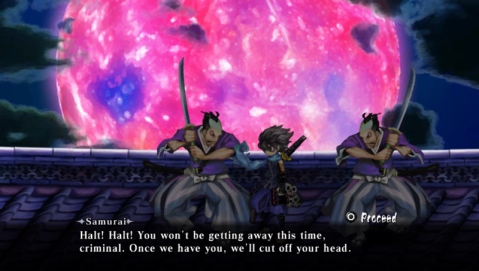 6 responses to “Guide: How to Complete Absolutely Everything in Muramasa Rebirth”